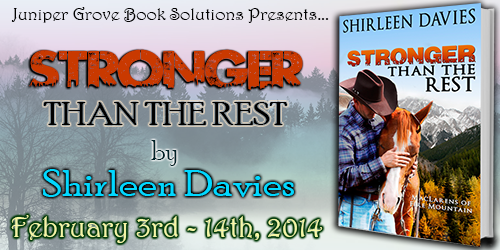 
Synopsis: “Smart, tough, and capable, the MacLarens protect their own no matter the odds. Set against America’s rugged frontier, the stories of the men from Fire Mountain are complex, fast-paced, and a must read for anyone who enjoys non-stop action and romance.”

Drew MacLaren is focused and strong. He has achieved all of his goals except one—to return to the MacLaren ranch and build the best horse breeding program in the west. His successful career as an attorney is about to give way to his ranching roots when a bullet changes everything.

Tess Taylor is the quiet, serious daughter of a Colorado ranch family with dreams of her own. Her shy nature keeps her from developing friendships outside of her close-knit family until Drew enters her life. Their relationship grows. Then a bullet, meant for another, leaves him paralyzed and determined to distance himself from the one woman he’s come to love.

Convinced he is no longer the man Tess needs, Drew focuses on regaining the use of his legs and recapturing a life he thought lost. But danger of another kind threatens those he cares about—including Tess—forcing him to rethink his future.

Can Drew overcome the barriers that stand between him, the safety of his friends and family, and a life with the woman he loves? To do it all, he has to be strong. Stronger than the Rest.


“Hello, Drew.” She walked forward to stand a few feet away. “I hope it’s all right that I’ve come.” Her voice was unsteady, her nervousness apparent.


No, it’s not all right.“Of course. I’m glad to see you.” You look beautiful. He cleared his throat. “Did you have a safe trip?”


“Oh, yes, it was wonderful—so majestic and breathtaking. Sometimes we forget how beautiful some things are when we haven’t seen them in a while.”


Drew drank in the sight of her. “Yes we do, Tess. We certainly do.” 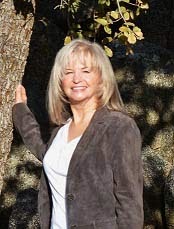 Shirleen Davies began her new series, MacLarens of Fire Mountain, with Tougher than the Rest, the story of the oldest brother, Niall MacLaren. During the day she provides consulting services to small and mid-sized businesses. But her real passion is writing emotionally charged stories of flawed people who find redemption through love and acceptance. She grew up in Southern California and now lives with her husband in a beautiful town in northern Arizona. Between them they are the proud parents of five grown sons.