Let's give a big hand to my guest today, my friend and fellow author Cassandra Ulrich and her latest release 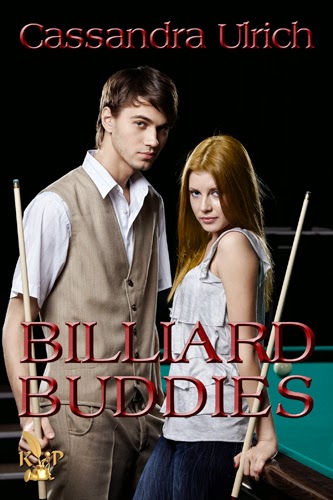 An avid pool table player, Gina has yet to meet her match among her billiard pals.  Pete O’Reily, one of the guys she plays against at a local bar, finds someone he thinks will finally give her a challenging game.


Gina was thrilled she could finally compete with someone who sharpened her skills, but Sean Savage became much more to her after a few games.  She started falling in love with Sean who remained loyal to his career-focused girlfriend, Cindy.  Gina, having been hurt by a cheating ex-boyfriend, is determined not to cause the same pain to any woman.  Because of this, she keeps her feelings for Sean a secret from everyone except her flamboyant cousin Gene and a girlfriend on the other side of the city.


Without realization, Sean stretches her ability to do this whenever he visits her like she’s one of the guys.  Conflict occurs on many fronts: Gina avoids her ex, Hank, who wants to get back together; Sean longs to marry Cindy who spends more time at work than with him; and Gina has a falling out with Sean when he tries to set her up with a friend of his.


“I hear you play a mean pool game,” Sean started.  He couldn’t help but agree that she was cute, her round 1920’s features hugged by blond curls that bounced just above her jaw line when she turned to face him.  Her smile accentuated her sparkling eyes.


“I heard the same about you.  I think the guys brag too much.  I love the game and practice a lot.  Where do you play?  I’ve never seen you before,” Gina said in a soft, velvet tone.  She seemed guarded while she looked him over.


“I frequent another bar across town.  Coworkers from the brokerage company I work for often go there.”


“Why?  You don’t like the business?” Sean asked, taking a seat next to her.


“It’s just that the stock market is so, well, unpredictable.  I just don’t understand what’s so fun about doing work based on guesses.”


Sean thought of many other questions, but decided to not start waves this early.  “Hmm.  What do you do when you’re not playing pool?”
“I teach kindergarten at one of the private schools in the area.  Otherwise, I keep to myself.”  Gina glanced past him.  “I think they’re becoming impatient.  Ready to play?”  She stood and stepped toward the pool tables on the other side of the room.
Sean followed.  “You bet.  Rack ‘em up.”
“Best out of three?”
“Sure.  Lady’s first.”
“Uh, Sean, that may be a mistake,” Pete warned.
Sean panned the room to find shaking heads all around.  “It’s cool guys.  I’d like to see what she’s got.”
“Your funeral.”  Pete backed away from the table.
Sean ignored his pal and nodded for Gina to take her first shot.  After she pocketed four balls, Sean suddenly realized the prowess with which she played.  Each shot possessed her full attention.  Her stance never wavered once her study of the current layout was complete.  The cue slid through her fingers as if coated with butter.
She’s good.  Too good.
Sean determined not to mess up the only shot she’d probably let him have during the game.  However, as he surveyed the table, he realized, to his dismay, that his shot would be more difficult to make than hers.  He’d have to hit the cue into one of hers to get to his.  He had no intention of pocketing a ball for Gina.
He leaned over the table and exhaled before banking the cue ball into two of his, pocketing one.
I’m still in the game.
Sweat dripped off his chin as he made one shot after another.  Then the unexpected happened.
She winked at him.
She’d used the same tactic he used on her and it worked.  His heart pumped a bit faster, just enough to distract him for a split second.  He stared at the ball teetering near the pocket and sighed.  He knew she would pocket his ball in order to make her next shot, but that wouldn’t help him.  She wasn’t going to mess up twice.
Gina won the first game bringing on a loud cheer from the others Sean learned she had consistently beaten over the past few months.  Sean strolled over to her and gave her hand a congratulatory shake.
“Great game,” he said. That won’t happen again.
Author Bio 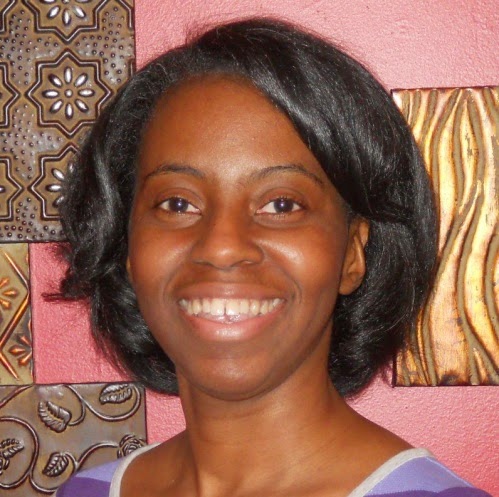 Cassandra Ulrich was born on the beautiful island of St. Croix, United States Virgin Islands, located east of Puerto Rico.  Living in the tropics fueled her imagination and day dreams.  For years, she wrote poetry and entered competitions.  However, only many years later did she discover joy in writing stories longer than a few pages.

She published her first young adult novel, A Beautiful Girl, in April 2011.  The inspirational novel has already touched many hearts ranging from teens to adults.


Her second novel, Love’s Intensity, a teen paranormal romance, was released on July 11, 2013.
Her third, Billiard Buddies, a New Adult romance novella, was released on May 24, 2014.
Find her here