Pills and Cigarettes (The Wasteland) by Steve Bargdill 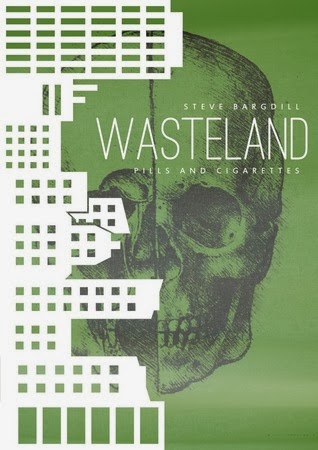 Brandon languishes in a boarding house, picking up random men, smoking cigarettes, and gets high on weed.

When his cat Squiggles dies, he decides he needs to change his life.

Filled with drugs, sex, and cigarettes, the fifth of six inter-related short stories that make up the entirety of the Wasteland series all styled after Winesburg, Ohio and As I Lay Dying.


The main characters are quite a strange mixture: Brandon who tries for the thirteenth time to kill himself, but fails. So he goes and buys a packet of Benson and Hedges. Worse than having not died was having to deal with people.
He leaves home and after traveling over two thousand miles he settles in a new place, Sacramento. Here he meets Danny Crane in a gay bar and they become friends and lovers. Danny's dream is to become a world famous painter. Richard who considers that the aliens turned his blood to powder and sees only conspiracies all around- the Nazis, the FBI the government, the aliens they were all after him. He drinks birds' blood to turn his blood into liquid but this is not enough and starts killing; Danny one of the victims. And Jack and Squiggles.
This short story is, in my opinion, a quest into manhood and into accepting the true self. There is flow in the seemingly disjointed ideas and episodes. I would say Brandon's dilemma is his state in between adolescence and adulthood. He continually attempts to find his way in a world in which he feels he doesn’t belong. While Brandon views himself to be as mature as adults, he is quick to become emotional. He feels sorry for a kitten that he brings home to feed. Squiggle's death urges Brandon it's high time to change his life.
I was offered a copy by the author for an honest opinion.
I rate it Five Stars