I’m excited to meet our special guest author today and I think you will be, too.
Please help me welcome Marcia Meara to the blog. She brings with her a novel that, I am sure, will capture your interest. 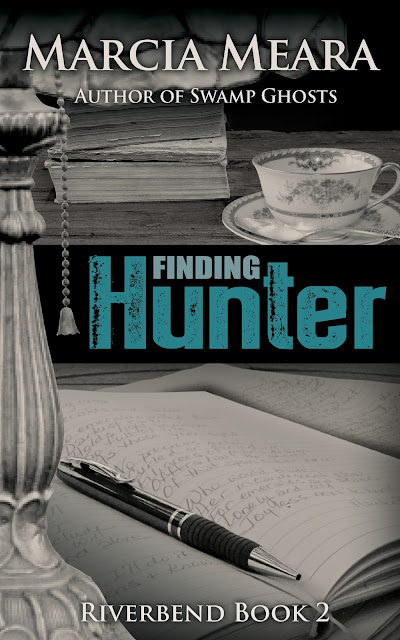 Blurb
Before, I never thought about taking a life. Not once.


Now, the thought fills my mind day and night, and
I wonder how I’ll hide that terrible need,
As an old car swings to the shoulder,
And stops.

Hunter Painter’s darkest fears have shaped his offbeat personality since he was a child, crippling him in ways invisible to those unable to see past his quiet exterior. In a sleepy Florida town known for its eccentric inhabitants, he’s always been a mystery to most.
Only one person sees beyond Hunter’s quirky facade. Willow Greene, the new age herbalist who owns the local candle and potpourri shop, has secretly loved him since they were in high school. When, sixteen years later, she discovers Hunter has loved her just as long, Willow hopes her dreams are finally coming true.
But Willow soon learns that Hunter fears happiness at her side isn’t in the cards for him. With her natural optimism and courage, she almost convinces him he’s wrong—that they can really have that life together they both long for—but even Willow can’t stop what Hunter knows is coming.
One by one, his worst nightmares become reality, culminating in an unthinkable tragedy, which devastates everyone it touches. Willow’s battle begins in earnest as Hunter is plunged into a bleak, guilt-ridden despair, threatening to destroy not only their love, but Hunter, himself.
Finding Hunter is the story of a lost man’s desperate struggle to make his way home again, and one woman’s unshakeable faith in him and the power of their love.

HUNTER GROANED, PULLING his feather pillow over his head not only to block out the world, but just in case he started shouting in frustration.
What the hell happened? What the bloody hell just happened? Everything was fine. It was going better than I ever thought it would, and then suddenly it all went crazy. She kissed me! Why the hell did she kiss me? How the hell was I supposed to resist that?
The memory of that kiss rocketed into him so hot and fast, it scorched a path through his soul. Never in his life had a kiss transported him that way. He could still feel her mouth under his, sweet and yielding, and burning like fire. The raspberry scent of her hair lingered on his hands, and he would never, ever forget the taste of her skin. Every nerve ending in his body felt burned raw from the experience—so sensitive, the slightest breeze sliding over it would cause unbearable pain.
But somewhere in his torment, he also remembered how she had responded to him, moaning into that kiss, and whispering his name over and over as they clung to each other. She wanted him, too, a concept that had never once seemed a possibility in all the years he had loved her.
Doesn’t make it any better, does it, you stupid fool? Still never gonna happen. You don’t belong with Willow Greene, and nothing’s going to change that. All you’re doing here is torturing yourself.
He swore into his pillow. “’Take a chance,’ Gunn said. ‘Call her up,’ Gunn said. I’m gonna find that bastard and pound him to death with one of his own cameras!”
That image distracted him from his woes for about thirty seconds, and then he slid even deeper into the hole of misery he’d dug for himself.
Never gonna leave this room again. Can’t be trusted to go out into the real world and behave like a person with a single, functioning brain cell. Just gonna have my meals delivered right here, and Dad can walk Biscuit. I’ll tell him I’m sick—and keep telling him that for the rest of my life.
A sudden rap on the bedroom door interrupted his maudlin thoughts. “Hunter? Are you awake?”
“Yeah, Dad. You can come in.”
His father stuck his head in the door. “Sorry to bother you, son, but … well … there’s a young lady down here says she wants to talk to you.”
Horrified, Hunter bolted upright. “What? What’re you talking about?”
“I’m talking about this pretty little thing at the front door, says she has to talk to you. Real long hair, sweet smile, named … um …”
Hunter smacked his head. “Willow.”
His dad nodded. “That’s it. You wanna come down?”
“No! Did you already tell her I’m here?”
“Well, sure. Should I be lying to young ladies who are looking for you?”
“Yes! I mean, no, not generally. Just this one.”
“You do something to her, Hunter?”
“No, of course not. Well, not like you mean. It’s just … aw, it’s complicated, Dad. Can you just tell her I wasn’t up here, or I’m asleep, or I’m sick, or I’ve gone to China? Something? I’m not coming down there!”
His dad gave him a disapproving look. “Okay. Have it your way, but no, I’m not gonna lie to this little gal. I’m just gonna go tell her you don’t want to see her.”
Flinging himself back down on the bed, Hunter growled in frustration. “Fine. If that’s what you want to do, do it. I’m still not coming down.” He clamped the pillow back over his face, and refused to say anything else.
His dad sighed, closed the door a little too hard, and stomped down the stairs.


Two minutes later, Hunter heard a tap, and the sound of the door opening again.
This time, he didn’t bother to lift the pillow. “Did she go away?”
“No, I didn’t go away, Hunter. And I’m not going to.”
Once again, Hunter bolted to a sitting position. He dropped his pillow and stared at Willow, mouth agape. “Willow! You can’t just walk into my room. It’s … you … this isn’t …”
“Oh stop, Hunter. I’m here. And you and I are going to talk.”
He opened his mouth to protest again, but Willow was having none of it. “Don’t bother blustering around and ordering me out. I’m not going.”
Swinging his feet to the floor, he leaned his elbows on his knees, and buried his face in his hands, groaning. “This can’t be happening. You are not here in my room. My father did not let you walk up here. I’m having a nightmare.”
He heard the scrape of wood on the floor and peeked through his fingers. Willow was dragging his desk chair to the bedside. She positioned it directly in front of him, sat down, then reached out and gently pulled his hands away from his face.
“Hunter, look at me. Please?”
His heart lurched. She was touching him again. How was it that he had managed to never once touch Willow Greene in more than sixteen years, and now it was happening every forty-five minutes? He stared at her hands, small and pale against his, then gave up, and raised his eyes an inch at a time, until he met hers.
Willow’s eyes were a shade of green Hunter had never been able to describe, though he had tried, in poem after poem. There was a depth to them—a mystery that spoke of age-old secrets—and they added to the sense of magic he always felt in her presence. But now, her eyes flashed with frustration and impatience, and he’d earned it. He’d just never expected her to call him out on it.
His breath puffed out in resignation. “Okay. Looking at you now, Willow. Why’re you here?”
“Why am I here? Are you really asking me that, Hunter? You come to my house, have lunch with me, walk around my garden, kiss me like I’ve never been kissed in all my life, jump back like you’ve been burned, and take off for home without a word of explanation, and now, you ask me why I’m here?”
Her eyes flashed green fire. “Do you think I fall down on the ground with every good-looking guy who stops by my house? If so, you are sadly mistaken. Why do you think I’m here, Hunter?”
“Damned if I know. Didn’t expect it, for sure. Oh, and by the way, you kissed me, remember?”
“Oh, I just started it. You took over pretty quickly, as I recall, and you weren’t shy about it, either. Nor were you complaining.”
Heat crept up his neck and into his cheeks. “Reckon that’s fair. Forgot myself, is all. You can’t go kissing on a man, and not have him react, you know. Shouldn’t be doing that, Willow.”
“Don’t you dare lecture me on kissing, Hunter Painter! I’ve kissed and been kissed before, for your information. What happened today was altogether different. I know it and you do, too. You look me in the eyes and tell me you didn’t feel something happening.”
He tried. He really did, but his eyes skittered off to one side and then the other, looking at everything in the room except back into Willow’s. He knew with absolute certainty that looking into her eyes would be a fatal mistake. He’d be lost in those depths, and nothing would ever be the same again.
He was studying the nightstand when he felt her hand on his cheek. She turned his face back to hers. “I mean it, Hunter. Tell me that kiss meant nothing to you.”
“It was just a kiss, Willow,” he whispered, staring at the tip of her nose.
“My eyes, Hunter. Look at my eyes.”
He groaned again, painfully aware it sounded more like a whine, then locked his eyes with hers, and tried once more. “It was … it was just …”
She leaned closer. “If it was just a kiss, you won’t mind trying it again.” Before his befuddled mind could process her words, her lips were on his, and the whole world flipped upside down. 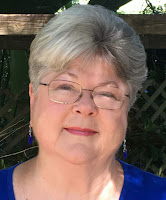 Marcia Meara lives in central Florida, just north of Orlando, with her husband of 30 years, four cats, and two dachshunds. When not working on her books and blogs, she spends her time gardening, and enjoying the surprising amount of wildlife that manages to make a home in her suburban yard.
At the age of five, Marcia declared she wanted to be an author, and is ecstatic that a mere 64 years later, she finally wrote Wake-RobinRidge, her first novel. Now, making up for lost time, she has published three more novels: A Boy Named Rabbitt: Wake-Robin Ridge Book 2, Swamp Ghosts: Riverbend Book 1, and Finding Hunter: Riverbend Book 2. She is currently hard at work on Harbinger: Wake-Robin Ridge Book 3, due out in early June.
Marcia has also published a small chapbook of poetry, Summer Magic: Poems of Life and Love, and her work has been included in six Silver Birch Anthologies.