Let's give a warm welcome to fellow author J.J. DiBenedetto who raises an interesting  question:

What if you could see everyone else's dreams?

Find out with the Dream Series by J.J. DiBenedetto! Book #9, FEVER DREAM, is out today!


Dr. Sara Alderson isn’t used to her patients dying for no reason. When a young boy succumbs to a mysterious illness that defies all her efforts to treat it, she refuses to accept defeat.

After two months of questions, Sara has attracted the attention of powerful people who don’t want their secrets uncovered, and will go to any lengths to make sure they stay hidden.

Now, time is running out for Sara to unravel the mystery before anyone else falls victim to the illness. And before her career, her family and her freedom are taken from her by enemies she doesn’t even know she has.

Where can you buy it?


It’s one in the morning, and the last guests have gone. Other than the cleaning crew, Brian and I are the only ones left in the ballroom. I know we need to leave, but I can’t bear the thought of standing up and trying to walk out of the room, down to the garage and then to the car. I think my feet might literally fall off.

“You’re going to have to carry me out of here,” I tell Brian, and he gives me a wicked grin in return.

“I was planning on it,” he says, and he stands, takes a deep breath, and lifts me right out of my seat. I yelp and throw my arms around his neck as he carries me out of the room and over to the elevator, barely showing any strain at all. He has to put me down once we get to the elevator, though. “I need a free hand,” he says, hitting the “up” button. But the garage is – oh. I should have known.

“You booked a room.” He nods. “And you told my parents we wouldn’t be home tonight.” Another nod. It’s all part of the fantasy, I guess. He’s been imagining that he’s James Bond all night, and after a glitzy evening at the casino, James Bond doesn’t hop into the minivan so he can get home, walk the dog and collapse into bed. No way. He takes his conquest for the evening up to the five-star hotel room, where the champagne is already waiting. On ice, no doubt.

The bell dings, he ushers me into the empty elevator, and as the door closes, I feel my fatigue suddenly, instantly, drain away, and I’m all over him. I may not be a fan of those movies, but I know how they go, and it’s not as though I need much of an excuse to throw myself at my husband. By the time the door opens onto the third floor, I’m panting and extricating my hands from his tuxedo jacket. “You woke up in a hurry,” he says, panting himself, pulling his hand off the zipper of my dress, which is already halfway down my back.

“Well, I know what you were thinking, and I also know that no girl can resist James Bond, right?” By way of an answer, he leads me down the hall, opens the door to our room, picks me up again and deposits me on the bed. In seconds, he’s finished the job of zipping me right out of my dress, and his tuxedo is in an undignified mess somewhere on the floor. After that – there’s no more thought, just feeling, just his hands and his lips and his – his everything.

Interested in the books that lead up to this one?

The first five books in the series are collected in one Kindle Box Set, and it's on sale this weekend for just $0.99!


What if you could see everyone else’s dreams?

Sara Barnes has just discovered that she can. And this gift – or curse – will lead her on an extraordinary journey.

Follow Sara as her newfound ability leads her into adventures she never imagined. She will hunt down a serial killer, investigate a plot to murder one of her teachers, unravel a conspiracy between a mobster and a corrupt politician and face off against her nemesis: a woman who shares her talent, but uses it to destroy lives rather than save them. And Sara will have to manage all that while finishing college, becoming a doctor and falling in love, too.

Here are the first five books of the Dream Series, along with bonus material created especially for this collection. Included in this set are DREAM STUDENT, DREAM DOCTOR, DREAM CHILD, DREAM FAMILY and WAKING DREAM. In addition, you’ll find the short story BETTY & HOWARD’S EXCELLENT ADVENTURE starring Sara’s parents. But most of all, when you open this box of dreams, you’ll find romance, suspense, humor and plenty of heart…

Where do you buy it?

They're all on sale at Amazon!

But I like to listen instead of read! What about audiobooks?

The first five novels and a short story are all available on Audible! And you can hear samples from all of them right here!

So who's the author?

Well, technically, that's a picture of his cat, Danny. Danny is much more photogenic than J.J. is. But J.J. (James, really) is a pretty nice guy. He's a native New Yorker, although he's lived in the Washington, DC area for the last 20 years. He loves the opera, reading, photography, science fiction, fondue, travel and the New York Giants. Oh, and of course Danny, and also of course his lovely and talented wife.

Where can I learn more about him?

“Read, read, read. Read everything - trash, classics, good and bad, and see how they do it. Just like a carpenter who works as an apprentice and studies the master. Read! You'll absorb it. Then write. If it's good, you'll find out. If it's not, throw it out of the window.”


Faulkner never graduated from high school or earned a college degree, yet he won the Nobel Prize for Literature, two Pulitzers prizes and the National Book Award, twice.

He supported himself as a postmaster at the University of Mississippi, but was fired for reading on the job.


Posted by Unknown at 12:00 AM 4 comments:
Email ThisBlogThis!Share to TwitterShare to FacebookShare to Pinterest
Labels: Curious facts about:, On Writing (9), William Faulkner 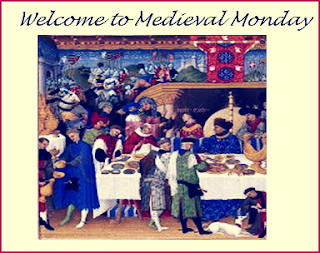 It's my pleasure to host today fellow author Laureen Linwood who shares with us her latest book:

Music For My Soul 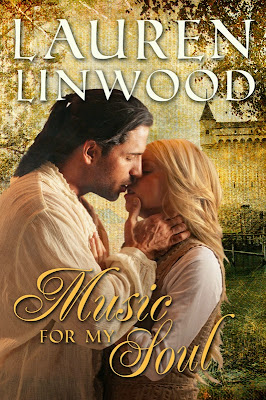 As the third wife of an abusive French vineyard owner, Madeleine Bouchard hasn’t produced the expected heir after three years of marriage. Fearing he plans to kill her, she flees during a trip to England. Unable to make her way home, she joins a troupe of traveling mummers and reinvents herself as the only woman troubadour in the land, captivating audiences with both song and story.


Nobleman Garrett Montayne’s fascination with Madeleine causes him to pay the troupe to bypass their next stop in order to journey to his estate. Though he suspects Madeleine of being a thief with dark secrets, love blossoms between them under the magical moon of summer solstice.


But Madeleine’s past is about to catch up with her, as her husband is set to arrive to conduct business with Garrett. Madeleine determines to free herself from her loveless marriage and make a new life with Garrett, no matter what the cost.

Garrett peered into the angry face of the woman who haunted his dreams by night and left him absent-minded by day. Their encounter had been brief, but he doubted he had ever met a more remarkable woman. Not even his petite Lynnette had brought such a sweet longing to his loins as did the bewitching creature before him.


Her honeyed hair, loosened from its intricate braid, curled around her shoulders. Tiny beads of sweat had formed just above her upper lip. Without thinking, Garrett reached his thumb towards her and wiped it away. She flinched slightly, her dark, amethyst eyes glowering at him.


Garrett smiled in spite of himself, offering her a hand to pull her to her feet. He had forgotten how very tall she was as she stared at him, her cheeks flushed with anger.


“Perhaps we could arrange a trade?” he suggested.


She eyed him suspiciously. “I’m not sure if I could trust you, my lord,” she countered.


“Trust me?” he sputtered. “This, from the woman who traipsed about the countryside claiming to be my wife?”


She shrugged nonchalantly, an almost Gallic air about her. She didn’t sound French, but there was an unmistakable manner to her movement. Garrett spent enough time in France to recognize the behavior. However, when she spoke, he quickly put it from his mind.


“I chose a bloody awful name to scare away anyone who accosted me on the road! How was I to know I’d run into you?” She snorted in an unladylike fashion. “I had heard tales of the wicked Lord Montayne, how he frightened old and young alike and gobbled up babes for his dinner. Why, the very mention of his name would cause grown men to plead for their lives and their loved ones. Oh, no, my lord, I was an honest liar.You were the one who resorted to trickery and hid your true identity from me."


Her accusation so startled Garrett his jaw flew open. No sound came out for a moment. The woman lifted her chin high and turned on her heel. That brought Garrett into motion.


He grabbed her elbow and pulled her around to face him. “Not so fast, my lady.” He studied her a second.  Her eyes narrowed at him, but she remained silent. Finally faced with her visage square in front of him, Garrett was at a loss of what to do. His emotions swirled out of control as he spoke.


She looked puzzled. “Curiosity?” she echoed.


He nodded, his words spilling forth rapidly. “I know not who you are, nor where you come from. I’ve dreamed of you since that night only to awaken to an emptiness.” His voice became low and tinged with sadness. “I don’t even know your name.”