I'm pleased to host another lovely author in the Medieval Monday Tour,
Andrea Cooper
and her book


Bram has agreed to marry an Irish nobleman’s daughter in exchange for land and his services fighting with the Laird Liannon’s clan against rival Irishmen. However, Bram’s intended does not stir his heart. Not like the Laird’s daughter, Kaireen. 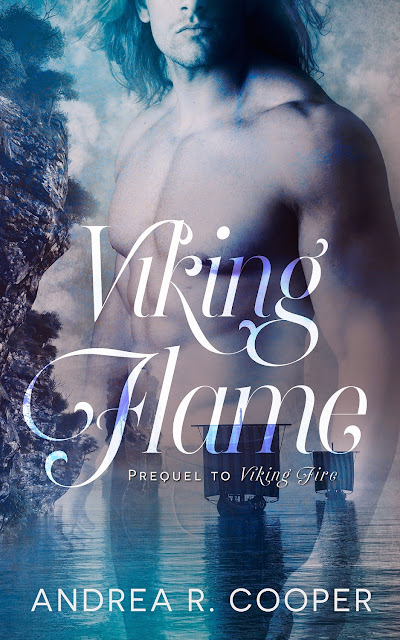 Excerpt:
Near the beach, the man quit rowing and yanked out a knife.


Bram didn’t move. “You go against your Captain’s orders t—”


“You made it to shore. That’s all we’s promised.” He spat at Bram’s boots. “No one said anything about you living afterwards.” When he dove forward, Bram ducked to the side and snatched the sailor’s arm, pinning it to his side. When the sailor slung with his free arm, Bram increased the pressure until the man was on his knees.


“Cease, or I will break your arm.” If it wasn’t for his pledge to Morga, he’d have snapped the man’s arm already. Once his contract was signed with the Laird, then he’d be free to fight in Ireland—or at least against other Vikings and rival Irishmen. The man continued to struggle, “Or perhaps a leg as well? What will your Captain say if you return without your weapon and injured? Will he be merciful and allow you to recover or throw you to the sharks?”


“Heathen scum!” He twisted his body to escape Bram’s grip.


As he did, Bram snapped the man’s wrist backward and the first mate let out a howl before the blade came closer to Bram’s chest.


“Now, hand me the knife.” When the man glared at him, he increased pressure on the bent wrist. “Or this heathen might do worse so that not even the sharks would want you.”


The first mate gulped and released his hold of the knife.


Bram broke his hold and snatched the blade out of the air before it hit the water. “Tell your Captain, I will not forget his hospitality nor will any of my eight brothers.”


The man paled. “What brings you to our island? To rape our women and pillage our churches?”


“No.” Bram rose and tucked the small blade into his boot. “To find my bride.”

Buy Link - Amazon Only  Amazon
The trailer includes all the books on the tour. Enjoy!