"Only the chosen ones or their mates will see the magic in the Globe."


Caught in a downpour, Gabriella Bell enters a trendy little shop and discovers a crystal ball. In it she sees the face of a hard-eyed stranger. Drawn by a force she doesn't understand she buys the crystal, unaware she is purchasing stolen property that belongs to the aunt of a premiere cat burglar known to polite society as Christopher Saint and to the underworld as The Tiger.


She soon learns that not only does the handsome, hard-eyed stranger want the mysterious globe but so does a beautiful ruthless jewel thief who will stop at nothing, including murder, to possess Christopher and the crystal ball...and Gabriella is standing in her way. Gabriella discovers the road to true love isn't just rocky, it's downright dangerous. 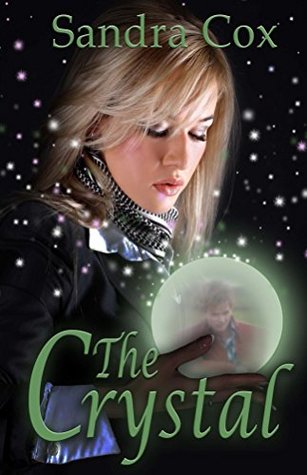 I loved this book because it is so very well written and sticks to the hands like glue until it is finished!
Gabriella Bell, struggling freelance reporter, fond of  murder mysteries and devouring romances.   She is an engaging central character, a focused and tenacious young woman who refuses to be thwarted in getting the mysterious crystal ball  back.
Christopher Saint is an extremely eligible bachelor and an indolent playboy. The Tiger, as he was known to the underworld, was a master cat burglar. "Ah well. You could take the boy out of the slums. But you couldn’t take the thief out of the boy."
Through the compelling plot and carefully structured narrative,  Sandra Cox gives voice to a richly woven story told at a breakneck pace which made it impossible to put down.
Jericho, the Siamese cat and Ned, the brave Chow-mix make a cute, funny pair of second characters.  They create an easing of tension in  the action and are a clever addition to the main characters, Gabby and Christopher.
It all begins with Tamarilla, princess of the fairies, and her fiery emerald that is turned into a magic crystal ball, to protect it  for the women of her family who are to come.
The story is sprinkled with clever humor. Oh how I loved this fragment, “Be brave little one and embrace your destiny with dignity. Zan is not a bad elf. But he is a male. And they all have their failings.”
A special mention should go to Aunt Tamara, Christopher’s foster mother.
A good read for all, filled with Romance and plenty of action as the climax nears.  Definitely worth buying.
Posted by Unknown at 12:00 AM
Email ThisBlogThis!Share to TwitterShare to FacebookShare to Pinterest
Labels: Book Review, fantasy, paranormal romance, Sandra Cox, The Crystal