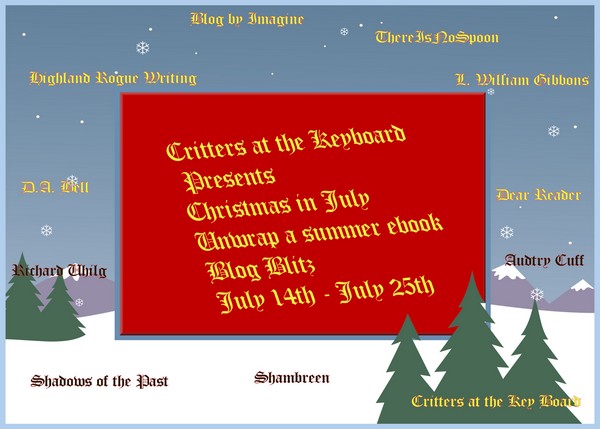 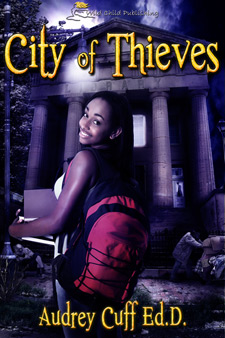 When Ashley Brown was five years old, her parents left her in the care of her grandma, though her mother promised to return for her. At fourteen, Ashley is still living with her grandmother in Highland, a city on the outskirts of Maryville, a place known as the "ghetto."

Ashley has shadowy memories of her mother taking her to her favorite place, the library. Reading a good book allows Ashley to escape her poverty and crime infested community. One afternoon after listening to the Mayor's press conference, Ashley discovers that the Mayor is taking away the community library. In spite of being put on punishment for a week by her grandma for defending herself from the school bullies, Ashley feels it is worth the risk to sneak out of her apartment to mail a letter she has written to the Mayor about keeping the library open.

Every day homeless people approach her and beg for something to eat or for money. The most frequent requests come from two disheveled individuals Ashley has nicknamed "Orphan Annie" and the "businessman bum." As if escaping the homeless people isn't enough, there are a bunch of bullies who harass Ashley. One day, the bullies chase her into an alley. They force her to the ground and Ashley is afraid of what could have happened next. This is one time Ashley wished she listen to her grandma.

In print and ebook formats, the book, City of Thieves will be an audio book by September 2013.

Read an excerpt
Grandma, Grandma, what is so wrong?” I said. I jumped out of my chair and run toward the TV.

“That stupid mayor. I don’t believe it! She’s shutting down the library. The only library we have in this community and replacing it with some, some business store,” Grandma yelled. She scowled at the TV. “I don’t believe the stupid mayor. You see what I mean about people in power making decisions that ruin your life, and you have no say about anything.”

“Oh, oh, Grandma, that’s so terrible. The library is the only place I have left that’s positive in the community.”

“Ashley, don’t you get it? They don’t give a hoot about people from our neighborhood. All they care about is making money off of the poor,” she said.

Then a quick flash the mayor came on the television. Suddenly, my knees felt weak and heavy. I felt like I was ready to collapse.

“Grandma, what is, is the mayor’s name?” I asked. I struggled not to stumble.
“I’m not for sure. Some person name Baldwin, a Mrs. Baldwin I guess. Oh watch they are showing that evil witch on television right now,” Grandma said. She glared at the television. Grandma was going nuts.

I desperately tried not to break down, Grandma didn’t have a clue that I’d met Mrs. Baldwin, and I wasn’t about to tell her. Luckily, Grandma was going crazy about the mayor; she didn’t notice that I’m emotionally falling apart.
Author Bio
Dr. Audrey Cuff was inspired by her special needs students to write her debut novel, City Of Thieves. She wanted her students reach their goals and aspirations regardless of obstacles and shortcomings in life.  She also wanted her students to understand that they could fight to better their communities.

Dr. Cuff is a special education teacher at a high school in South Jersey. She taught psychology for the past 13 years to freshman students.  She is a vegetarian.   She enjoys evenings at home with her family and friends.   She completed two marathons in 2005 and 2006 in Hawaii for charity research to cure HIV /AIDS.  Also, her other hobbies consist of reading, going to the movies and of course writing. She has two children, and three grandchildren.  Dr. Cuff received her doctoral degree from Fielding Graduate University in Santa Barbara California. She has the following certifications: Teacher of Psychology, Teacher of Special Education, and Supervisor of Education.  She was nominated and received the Outstanding Teacher award in April of 2006.

City of Thieves is part of a three book series.

Posted by Unknown at 8:43 AM
Email ThisBlogThis!Share to TwitterShare to FacebookShare to Pinterest