My special guest today is fellow author and friend Robin Leigh Morgan. She will tell you a bit about herself and her writing.

Can you tell readers a little bit about yourself and what inspired to write in this particular genre?

I’m a retired NYCity employee who’s been married for twenty years sans children.  While “I Kissed a Ghost”, a YA [Young Adult] Paranormal/Time Travel/First Kiss romance, is my first self-published romance endeavor it’s not the first romance I’ve tried to write. For several years I wrote commentaries for a community newspaper, and during this time I began to write an adult Contemporary romance [I also worked full-time during this period.] Once I retired I began writing it on a more regular basis. However I never really felt it would be good enough even to bother to self-publish. Then someone suggested I write for a younger audience, I took the advice a few months later writing my first romance novel, a YA Paranormal/Time Travel/First Kiss novel entitled “I Kissed a Ghost.”

When I write I’m much more a panster than a plotter, so naturally the story basically unfolded with the paranormal element becoming an essential part to the storyline.

Please tell us about your latest release. 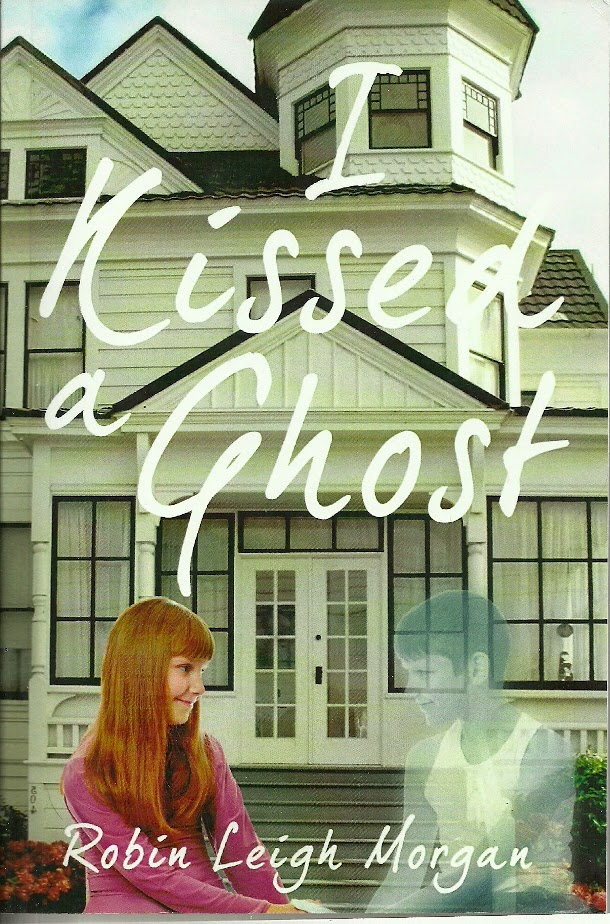 In "I Kissed a Ghost", Mary gets a new classmate named Jonathan who’s a great baseball player and to get on the team, he needs Mary’s help to improve his grades. Six months later when she learns she’s moving, she decides to give him something special--a first kiss. Moving into her new home she soon discovers it has a ghost named George, her age, who takes her on numerous trips to the past of a hundred years ago. As she meets children her own age, everyone teases her about her house being haunted, but no one will go inside. Mary likes his help doing her math homework, writing her reports, and taking her back in time. George and Mary’s interaction grows and she eventually gives him a quick peck on his lips while they’re in the past, which is the only place George is a real boy, for having done something special for her. Can Mary kiss George again at the special date and time he needs to be kissed? What happens afterwards if she does? The answers are all in the book!

Is there a character that you enjoyed writing more than any of the others?


It would have to be Mary going through a vital period of her life, just beginning finding out boys, and giving that all important first kiss on the cheek to one. Then almost immediately at the end of the school year she finds out she must move with her parents several states away because her father had just gotten a big promotion on his job. She now must deal with becoming the new kid in town, with all the problems which goes with that, like making new friends. Since she moved into a house everyone teases her about it being haunted, which is why nobody wants to go inside. Little do they realize Mary actually has a friendly ghost living there, his name is George. And he eventually becomes her best friend, who takes her on trips to the past of a hundred years ago; it’s there he becomes a real live boy, and where Mary gives him a quick peck on his lips.

How did you select the title for your book?

When I started, selecting the title for my book had been a very challenging experience for me; but after racking my brain over it, I finally decided to merely summarize the premise for the entire story in as few words as possible until I had something which could be used as the title. Since the story is about a girl [Mary] and her kissing the ghost [George] she had living in her house, the story had to be called, “I Kissed a Ghost.”

Other than writing, what are some of your interests, hobbies or passions in life?


I enjoy listening to the music of my youth, the 1950’s and the 1960’s; as well as some music from the Big Band era of the 1940’s. I also watching entire old television series on DVDs and streaming on my computer.
For today’s movies, it’s SciFi, comedies, and animation. And of course it’s being on the internet with my reading public

What is the most difficult part of the entire writing process for you? Queries, pitches, editing..etc.
Since I enjoy writing, the biggest problem I’ve found is keeping those creative juices flowing inside those little grey cells of my mind.

What can readers expect next from you?
I’m currently working three projects. One of which is a total rewrite of the adult Contemporary I started years ago. It now has a paranormal element running through parts of the storyline, and is now entitled “His Darkest Secret.”


Since January 2013, I’ve found a love in writing Flash Fiction, so I’m compiling an anthology of them.


I’m looking forwards to hearing from your readers.