A witches' shrine or a portal to another world?

You must admit that paranormal exists. Have you never experienced a feeling of deja-vu? Or a premonitory dream? Or a feeling of imminent danger? I know scientists disagree and always insist  asking for explanations but I’m sure the world is more than we can feel with our senses, or what all kind of apparata register. I feel confident that one day telepathy or teleportation will be taught in schools the same as  electricity is today. Until that moment, let’s continue with revealing to you those places in Romania where reality is defeated by paranormal phenomena. 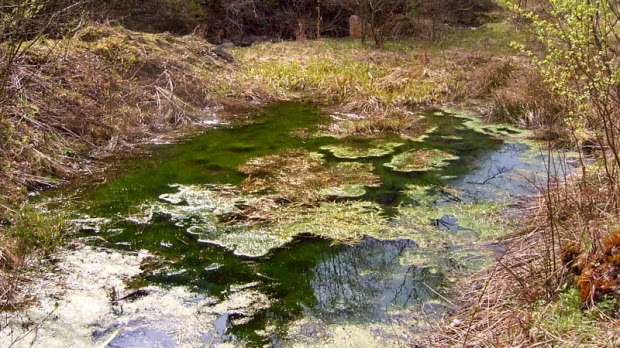 The Witches’ Pond is situated somewhere in Boldu-Creteasca Forest, a thirty minutes distance from Bucharest to Stefanesti. It's a relatively small pond, a few  meters in diameter and two meters deep. Its size is no impediment for the witches who gather here on nights preceding certain events: St George, St Andrew or  when they say the gates to other worlds will open. The witches charge their magical powers, that are passed from generation to generation.
Whispered rumors about the place


A lot of legends are woven in connection with this pond. Some say that the sheep or cows that come to graze here become barren. Others say that women who wanted to get rid of an unwanted pregnancy would come here, dip their feet in the water and keep them in there for a couple of hours. Inexplicably they would get ill and lose the child, though some even lost their lives in the process. There are  people claiming that  the ghost of Vlad Tepes (the Impaler), killed here in 1476, haunts this place.


Horses coming closer to the pond become agitated, they neigh nervously and refuse to advance or drink from the water. In 2009 a small pony is brought in the forest by a stunt woman. The pony gets very agitated and the woman took  off his saddle and rein in the hope he will go back to the base as he was trained to do. But he rushed directly into the pond and started to  trundle in the water, as people say animals do in cursed places. The woman ran to the base to call for help,as closer by was a camp of the stunt-crew she was working for, but when she returned with other people  the pony was nowhere in sight. He'd disappeared.
Gate to another world?


The pond is said to be a gate to another world. Anything dropped or thrown in it vanishes for ever. Some say that people in the area threw a heavy boulder, weighing around 20 kilograms, in it. It was completely swollen by the waters in a couple of weeks. After the devastating earthquake in 1977, some witnesses claim that many trucks tilted the debris from Bucharest in the pond trying to destroy it. The debris vanished in a few weeks as if it never existed.
I haven't visited the place, but you can find it mentioned in my, soon to come, novel  Dracula's Mistress. The same as in Shadows of the Past, my already released paranormal romance, paranormal elements play an important  role in the characters' life.