My guest today is Linda Andrews who shares with us her latest release. She will also offer a copy of her ebook to someone who leaves a comment on this post. 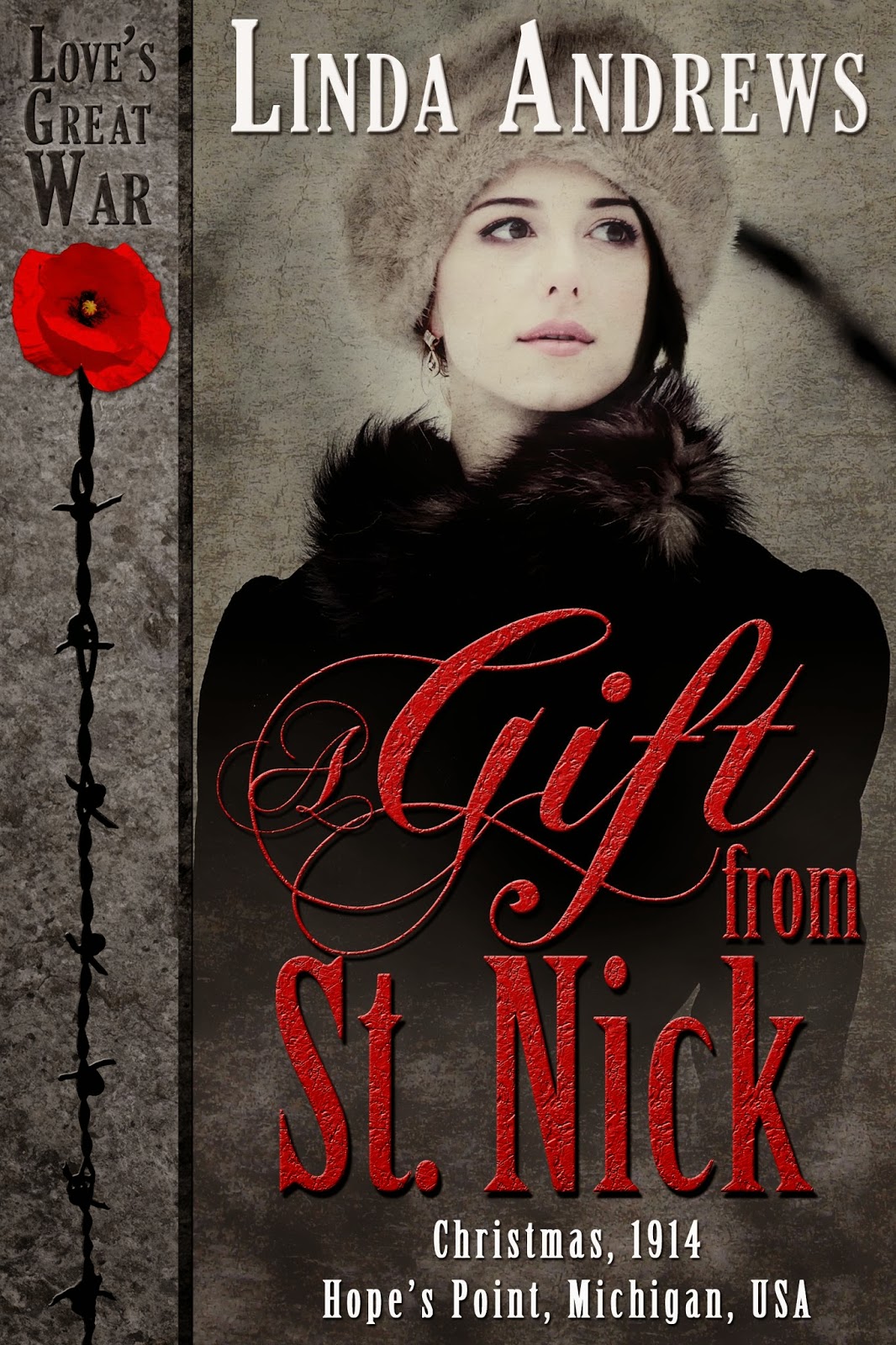 I sometimes think that instead of asking for the tired, poor, and huddled masses the Statue of Liberty should really ask those who wash up on our shore to give us your holidays that involve eating and drinking, and if there's a commercial edge to it so much the better. We'll do what we do best in this country, change it beyond all recognition and export it to the world.


That's why I find it so interesting when I stumble across holidays that we don't celebrate in the US. Take for example St. Nicholas Day. Now my Grandmother was full-blooded German but it took a Bavarian to tell me about this holiday.


Like Christmas, it involves gifts (win), food (win), and fun (win). St Nick is there—The skinny bishop not the Coca-cola fat man. And best of all, there's this guy called Krampus who will stuff bad little boys and girls into his sack and carry them away. Hey, it's kinda like combining Christmas and Halloween.


There were just as many German-Americans in the US as there were Irish and English when Christmas was catching on. So why don't we celebrate St. Nicholas's Day ?


If I had to guess, it comes down to one word: War.


Both the first and the second World Wars created a strong  anti-German sentiment in the US, and it affected everything from the music we could listen to, the language we spoke and what we called food (sauerkraut became liberty cabbage, German shepherds were police dogs, etc). This sentiment also gave us Prohibition—all those German beer gardens and breweries.


But I digress. It's time to add more holidays to the calendar. June and August are wide open. April has taxes due and we definitely need something to celebrate to forget that. So what do you say, let's start a movement to bring forth another holiday, conceived in fun, food and drinks? What would you propose and why? Leave your fabulous idea for a chance to win a free copy of my latest book.


Now a word from our sponsor, er, my latest book celebrating: St. Nicholas's Day.
Gift from St. Nick
Blurb: Hans Lubeck lost his birthright to a woman's deceitful games. Ten years later, he's on the cusp of fulfilling his dream of captaining his own ship. And another woman could jeopardize everything.


Schoolteacher Lenore Kerrigan devotes her time to her pupils and good works. She has no use for a man or the damage he could do to her reputation.


But this holiday season, fate and an island of matchmakers have other plans. Will they accept the gift of a lifetime, or will the past steal away any chance at happiness?


Her stomach dropped into the basement. Of all the hotel lobbies in the world, why did Hans Lubeck have to walk into hers?


And why did she have to kiss him?


She swallowed the disgrace wadded in her throat, then slowly worked her fingers out of his knitted sweater. Sweet Mary, maybe I should join a convent in Ireland. At least then I won't be able to get into anymore trouble.


Biting her lip, she looked away. He pitied her. She heard it in his voice. "I'm sorry. I was dreaming and..."


And she'd lost her mind.


But she hadn't known it was him. Although she should have known it wasn't Dixon. He'd never kissed her like that. No one had. "I'm sorry."


Color spotted his cheeks. "No need to apologize. You weren't responsible."


Her eyes narrowed. "Are you saying you kissed me first?"


"No, I'm saying I interrupted while you were sleeping." He rocked back on his heels.


Her fingers traced her lips. But he had kissed her back. She could still taste her mother's cobbler. Why had he kissed her?

Posted by Unknown at 9:00 AM
Email ThisBlogThis!Share to TwitterShare to FacebookShare to Pinterest
Labels: blurb, excerpt, Gift from St. Nick, Linda Andrews