Let's give a warm welcome to fellow author Alice Orr

The town she loves is filled with deadly secrets… 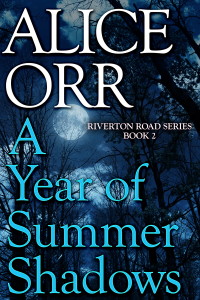 Hailey Lambert loves the North Country even though she doesn’t love some of her North Country memories.Riverton was a great place to grow up – except for the Hargate’s. Now Julia Hargate is back in Hailey’s life and so is Julia’s domineering mother.

Hailey wants them both gone. But Julia is involved in a murder that could get her killed too. Hailey has no choice. She has to help and she puts herself in danger to do that.

Mark Kalli has wanted Hailey in his life for a long time but she won’t give him the time of day. Now she’s mixed up in a murder. It looks like spoiled heiress Julia Hargate is the killer but Hailey insists that’s not true. Mark has no choice. He has to get involved – with the killing and with Hailey – whether she wants him or not.
Excerpt
“Hailey. It’s Mark. Let me in.”
A long, silent moment followed his plea. He was about to repeat it when the door opened. Hailey turned away before he could get a good look at her, but she left the door ajar. Mark was so intent on catching a glimpse of her face and hoping he’d be able to read her feelings there thathe didn’t immediately notice what was around him. Then he saw the mess, so unlike his last visit.
“What happened here?” was all he could think to say.
The first thing he saw was the comfortable couch where they’d talked together just yesterday. The back, arms and cushions had been slashed and the stuffing pulled out so it protruded in bunches beyond the upholstery. The rest of the room had fared just as badly. Books were toppled from bookcases and pages had been torn out. Tabletops were swept clear of their contents which lay shattered on the floor. Several paintings he’d taken only passing notice of yesterday were still on the walls but had been slashed like the furniture.
Hailey walked, as if in a daze, to the ravaged couch and sat down slowly amidst the wreckage. She was holding a framed photograph in her hand. Mark moved to her side, being careful not to startle her. She was staring at the photograph in her lap. Mark could see it was a picture of a couple. He guessed from their clothing that the photo had been taken a couple of decades ago. He also guessed they might be Hailey’s parents. The glass was shattered, but Hailey didn’t seem to notice. She moved her fingers toward the images, as if to stroke them, but Mark took her hand gently and eased it away.
“You mustn’t do that,” he said. “You’ll cut yourself.”
Hailey turned toward him and gazed into his face as if she’d just noticed he was there. Her usually expressive features were perfectly still. Even her eyes held his without blinking. He’d never seen her so apparently calm, but Mark understood she wasn’t calm at all. She was numb. Even her fingers were so limp in his hand they felt lifeless.
“I know what happened,” she said. She sounded far away even though she was sitting close to him. “It was Wendell Foster, and he came here to kill me.”

A Year of Summer Shadows is Book 2of the Riverton Road Romantic Suspense Series set in Riverton, New York featuring the Kalli familyand the fortunate people who find safety and a warm welcome at the Kalli homestead on Riverton Road. A Wrong Way Home was Book 1in the series. Both titles are available at   Amazon 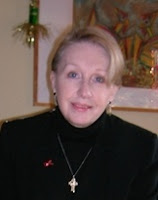 Alice Orr loves to write. Especially Romantic Suspense novels of danger & romance. She's well known as a workshop leader, book editor & literary agent. Now she lives her dream of writing full-time. Alice has published 12 novels, 2 novellas & a memoir so far, with her 13th novel launching on June 22, 2015. She wrote her nonfiction book, No More Rejections, as a gift to the writers' community she loves. Amazon says, "This book has it all." About her novels, Amazon says, "Alice Orr turns up the heat." Alice also presents workshops on writing for publication &/or pleasure. Most of all, Alice wants to hear from readers. Email her at aliceorrbooks@gmail.com Or go to her website www.aliceorrbooks.com  Alice has 2 grown children &2 perfect grandchildren & lives with her husband Jonathan in New York City.