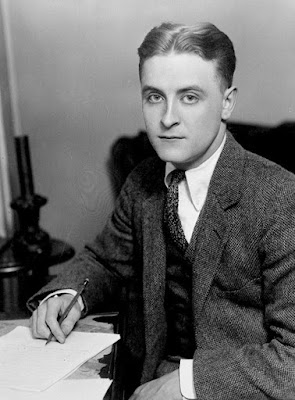 
Named after a famous ancestor. Francis Scott Key Fitzgerald was born in St. Paul Minnesota on September 24, 1896. He was named for Francis Scott Key, the lawyer and writer who penned the lyrics to “The Star Spangled Banner” during the War of 1812. The two were only distantly related—Key was a second cousin three times removed—but Fitzgerald was known to play up the family connection. While driving past a statue of Key in an alcoholic haze in 1934, he supposedly hopped from the car and hid in the bushes, yelling to a friend, “Don’t let Frank see me drunk!”


He had a rocky friendship with Ernest Hemingway. The macho Hemingway and the urbane Fitzgerald might seem like an odd pairing, but the two authors struck up a fast friendship after meeting in Paris in 1925. Their relationship was complicated by Hemingway’s intense dislike of Zelda Fitzgerald, whom he described a “crazy” and a distraction to her husband’s writing. The literary titans drifted apart during the late-1920s, and Hemingway later bashed Fitzgerald in print on more than one occasion. By 1937, Fitzgerald lamented that their friendship was as good as finished. “I talk with the authority of failure,” he wrote. “Ernest with the authority of success. We could never sit across the table again.”


“The Great Gatsby” was considered a flop upon its release. Despite winning rave reviews from the likes of T.S. Eliot and Edith Wharton, Fitzgerald’s 1925 masterpiece “The Great Gatsby” was never a bestseller in his lifetime. It performed poorly compared to his first two novels, selling just over 20,000 copies and only turning a meager profit for its publisher. Popular interest in the book didn’t spike until World War II, when some 150,000 copies were shipped to U.S. servicemen overseas. Combined with other posthumous re-releases of his work, this “Armed Services Edition” helped revive Fitzgerald’s literary reputation and secure “The Great Gatsby” a place among the most beloved American novels. The book now sells some 500,000 copies each year.

Fitzgerald was hired by MGM in the late 1930s and relocated to Hollywood. Despite befriending the crème of the crop in the Hollywood circuit like Spencer Tracy, Clark Gable, and Errol Flynn, he hated the place: “Hollywood is a dump – in the human sense of the word. A hideous town, pointed up by the insulating gardens of its rich; full of the human spirit at a new low of debasement.”
Posted by Unknown at 12:00 AM
Email ThisBlogThis!Share to TwitterShare to FacebookShare to Pinterest
Labels: American writer, F. Scott Fitzgerald, On Writing, Wednesday Writing Wisdom (22)