Spirit Summoner (The Chosen of the Light, #1)
by Matt Campbell 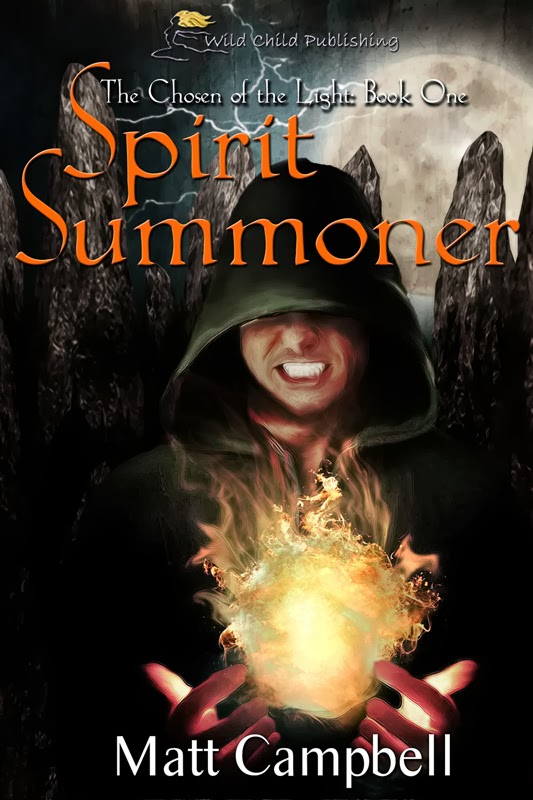 Darr has the ability to hear the disembodied voices of the spirits. Unfortunately, the spirits have nothing useful to say. A young, inexperienced Spirit Summoner, Darr often wonders at the purpose of such a useless ability. When an unnatural fire sweeps through his village, Darr sets out on a mission of self-discovery and curiosity.


As a Spirit Summoner, Darr learns he can enter the spirit realm. There he has access to the elemental magic contained within the Sephirs, legendary artifacts that once promised balance for a world turning towards chaos. Now, the Sephirs' powers are dwindling since their untimely disappearance, and Darr is at the center of the quest to find and recover them. Suddenly, Darr's curiosity is a whirlpool threatening to drown him, but his compulsion to see things through locks him into a journey attracted to disaster.


For the Sephirs do more than restrain the primal forces of magic. The Devoid, an evil long caged and hungry, has begun to loosen the bars of its prison. If the Sephirs fail, the Devoid will escape and feed on the Light of the living until nothing remains.


And the Devoid knows Darr's lack of confidence is the key needed to free itself completely.
My Review

I love a good high fantasy with intricate world building, but the world in Spirit Summoner is beautiful in its simplicity. It’s very well fleshed out but not overly detailed.


The characters have depth and raw emotions that you could feel coming off the page. The plot seems to pass fast with one thing and another without giving the readers time to think and process. There was no Big WOW factor but the plot line is interesting and captured my attention.


Darr Reintol is an intriguing  character. As a Spirit Summoner, Darr had been born with an invisible connection to the Currents, allowing him to hear the voices of the spirits, and in turn, communicate with them.


No one knew who  the Soul Keepers were, but everyone agreed they used magic lost since the Aeon Wars, and they ripped the souls from the bodies of those they killed.


Darr embarks on a journey, where he and his companions are forced to fight in the Currents and learn to listen to the voices there.


I look forward to learning more about it but I was very pleased with my first look.  The characterization was outstanding and the story pulled me in right away. So, what more is there to say? I can hardly wait for the next book!


I was offered a copy of the book in exchange for an honest opinion.
I rate it Five Stars.

Posted by Unknown at 11:36 AM
Email ThisBlogThis!Share to TwitterShare to FacebookShare to Pinterest
Labels: high fantasy, Matt Campbell, Spirit Summoner