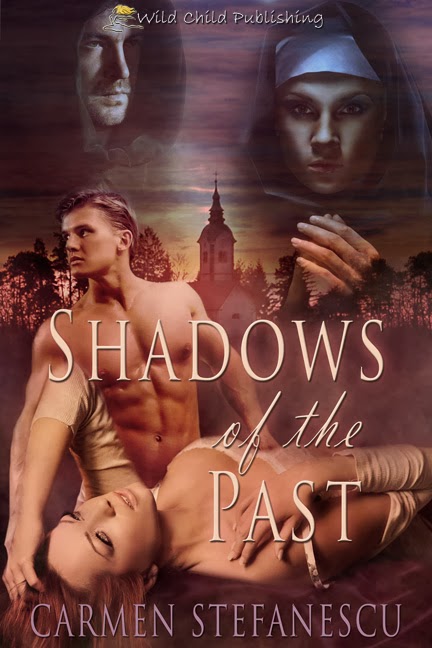 This review is from: Shadows of the Past (Kindle Edition)
Shadows of the Past is an interesting book, not a romance, as I first thought, but a story of two couples, one doomed and one possibly not, linked by paranormal elements, a kind of mix of Golden Dawn style Wicca and sympathetic magic.
The first couple is a young novice nun and a confessor. Much of the story follows Genevieve, who was born a peasant girl and by a series of disasters and doom-laden histories comes to the abbey in the forest. She meets Andrew, the confessor, and they fall for each other. There is a wicked abbess, who reminded me forcibly of one of my favorite Disney villainesses, Maleficent. She has absolutely no redeeming features. None. She's debauched, she doesn’t like wearing the wimple (which is the bit worn under the chin, not the bit over the head, which is the veil), and she eats and drinks sinfully rich food. The nuns hate her.
The modern heroine, Anne, has had a bust-up with her boyfriend, Neil, after finding him in bed with her best friend. I didn’t like that all the blame was put on the best friend when the couple decide to reconcile. Gillian didn’t exactly rape the hero, but since this isn’t a romance, it doesn't have to follow romance conventions. However, they decide to go on a hiking holiday. 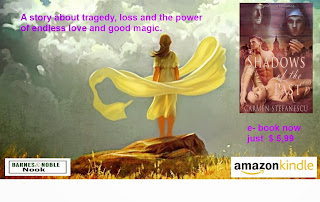 Although the story is set in England, the details are a bit shaky. I don't recognize the England in the story, one which has mountains, forests and chalets in the present day, or has forests where oaks and pines grow side by side, or has bluebells, poppies and wood anemones all flourishing at the same time of year. However, once I decided that the story was in the nature of a fairy tale, I could relax into it more and just enjoy the narrative. The style is a little wordy, and the adjectives could be winnowed out a bit, but I soon got used to it.
Similarly, the historical details were somewhat inaccurate, but I got over this by using my previous tactic - it's a fairy story, a legend. On that basis I enjoyed it very much and it passed the time agreeably. Recommended.
Posted by Unknown at 12:09 PM
Email ThisBlogThis!Share to TwitterShare to FacebookShare to Pinterest
Labels: abbess, boyfriens, debauched, detailsforest, England, fairy tale, heroine, historical, maleficient, narrative, paranormal, past, romance, shadows, style, wicked