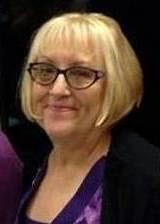 Wishing a Happy Anniversary to lovely author and cyber friend Flossie Benton Rogers!
She also celebrates ONE year since the release of her fantasy novel Mind Your Goddess whose review and blurb you can also read on my blog on 3rd  December post.
http://shadowspastmystery.blogspot.ro/2014/
Today you can read about another novel of the same author. The blurb and my review of her latest release Lord of Fire. 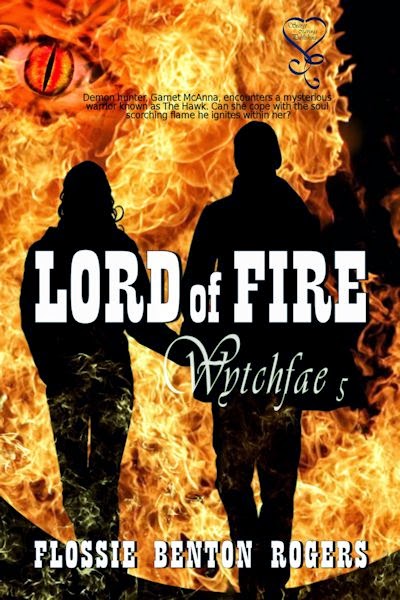 When The Hawk meets his Wytchfae, the result is spontaneous combustion.


Garnet McAnna chases the demon responsible for attacking and enslaving innocent fae familiars. She never expected to run headlong into a mesmerizing stranger known as The Hawk. Nor did she anticipate the way his masculine power kindles a womanly flame within her.


Exiled from an elite warrior's brigade, Lord of Fire Gabriel Hawk guards his heart and his solitude. He wants nothing to do with the world of men or the realm of fae. Then a beautiful Wytchfae bursts into his life, stirring desire and sparking need. Garnet is on a dangerous mission, and he can't let her face the evil alone. What else can he do but fight beside her? When she disappears, he raises hell to find her. Will he be too late? Will darkness conquer this couple or will love burn their souls into one?

Lord of Fire is sooooo much fun! It's got adventure, magic and a really gripping story-line! Read it for a bit of escapism! The well written story pulled me in from the beginning. Much better written than much of this genre. A really good read that I just couldn't put it down. So refreshing to find women characters who are sexy and strong. The author, Flossie Benton Rogers, managed to keep the story fresh and interesting. I also thought the setting was handled quite well. The characters are clearly defined and fleshed out, giving a vivid delineation between each. The love story at the center seems organic to the narrative, while complementing the tension of the plot at it's core. While there are moments of melodrama, they're short-lived and understood as necessary in order to move the story forward. It is worth every bit of your time.


I love the main characters. They really draw you in and make you feel you are there with them. Who are they:


Garnet McAnna - is not your usual Wytchfae. She drives an SUV. She won’t fool around with spells or other Wytchfae tools. A couple of blades and a dainty revolver with decidedly undainty shells are the proper ’tools’ to catch the demon.


Borros - “He’s a black market trader. He kidnaps familiars and uses a portal to transport them elsewhere.” His reptilian form reminds Garnet of a two-legged alligator, without the long snout but covered in a mantle of hard gray hide.


And Hawk. The Hawk. “He was dark and dangerous. Devastatingly mesmerizing. His energy pulled Garnet toward him as if they were both magnets. ”


The chemistry between the main leads is perfect: “Her flesh trembled beneath his warm touch as he brushed a lock of hair out of her eyes. “Since we’re in this together, call me Gabriel.”


I don’t want to spoil the story for the other readers so I won’t give further details. Lord of Fire is a rich tapestry of a book, with strong complex characters and layered events, with an engaging plot, lots of action and plenty of spice.