COVER REVEAL
MYTH AND MAGIC by Mae Clair
Dear followers and fans, lend me your ears, as the great bard says. I'm thrilled to be part of a big event for my cyber friend, American author Mae Clair, and host today the reveal of a beautiful, spooky cover. The cover was designed by Kensigton Publishing/Lyrical press for her soon to be released novel. I won't keep you guessing. Facts not words. So here comes: 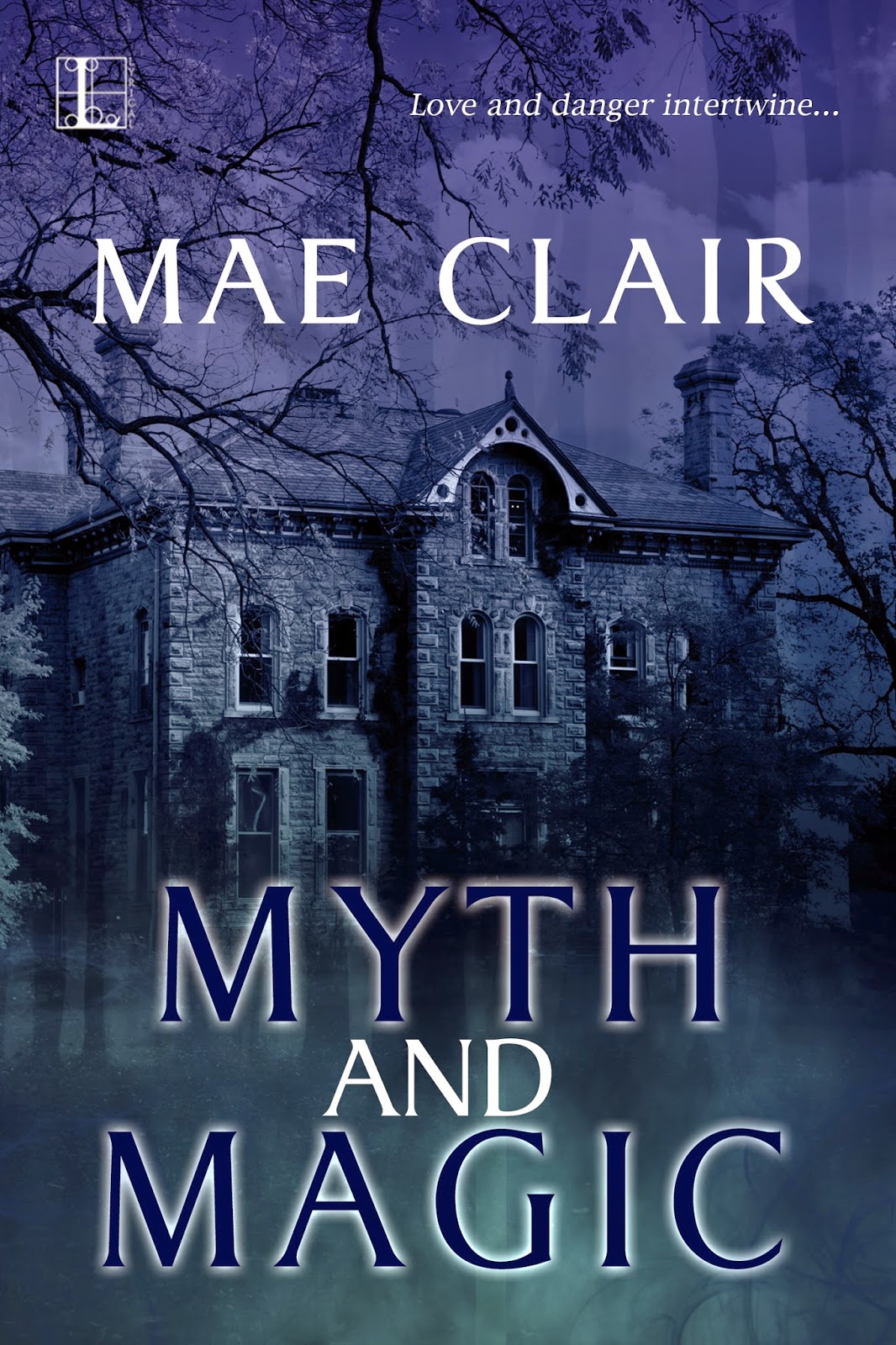 
AS CHILDREN THEY PLAYED GAMES OF MYTH AND MAGIC. . .

Veronica Kent fell in love with Caith Breckwood when they were children. As a teenager, she was certain he was the man she was destined to marry. But a traumatic event from Caith's past led him to fear a future together. he left Veronica, hoping to save her from a terrible fate. Twelve years later, Caith, now a P.I., is hired to investigate bizarre incidents at the secluded retreat Veronica manages. Returning to hius hometown, Caith is forced to face his nightmares - and his feelings for the woman he's always loved.


THEN ONE DAY THE MONSTERS BECAME REAL.

After the calluos way Caith broke her heart, Veronica isn't thrilled to see him again. But strange occurances  have taken a dangerous toll on buisiness at Stone Willow Lodge. Forced to work together, Veronica discovers it isn't the ghostly apparition that frighten her, but her passion for the man she has never forgotten. Or forgiven. Can two people with a tarnished past unearth a magical future?
-/-/-/-/-/-/-/

MYTH AND MAGIC is scheduled to release on June 9, 2015. In the meantime, you can preorder it on Amazon  and add it to your Goodreads TBR list.
And here's a little secret. . . even though the book is releasing in early summer, the story is set during October and has a strong Halloween theme-including the climatic scenes which take place during a lavish Halloween party. June is the perfect time to scare up a new read like MYTH AND MAGIC!

Mae Clair opened a Pandora’s Box of characters when she was a child and never looked back. Her father, anartist who tinkered with writing, encouraged her to create make-believe worlds by spinning tales of far-off places on summer nights beneath the stars.
Mae loves creating character-driven fiction in settings that vary from contemporary to mythical. Wherever her pen takes her, she flavors her stories with mystery and romance. Married to her high school sweetheart,she lives in Pennsylvania and is passionate about cryptozoology, old photographs, a good Maine lobster tail, and cats.
Discover more about Mae on her website and blog at MaeClair.net


You can find Mae Clair at the following haunts: