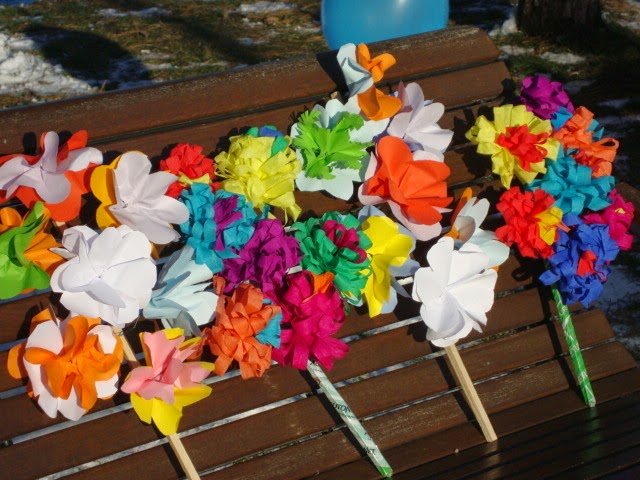 I hope that all of you had an awesome New Year’s Eve. While traditionally in Romania Christmas is a day spent together with the family, New Year’s Eve is celebrated with friends or just staying at home and watching TV.


Once again, May all your dreams and wishes for 2015 become reality!
Here winter festivities don’t end with the New Year. They go on until 7th January, St. John’s Day, when women called Ioana,  and men called Ion,( English equivalent of Joanna, John), celebrate their name day.
Today, on 1st January, there’s the moment when family members or neighbors are caroled by children with the SORCOVA. Sorcova is a stick, around 30 cms long ornate with colored paper flowers and ribbons. The rhymes are wishes for a long life and health. Here's an approximate translation:
Merry Sorcova,


May you live to get old, 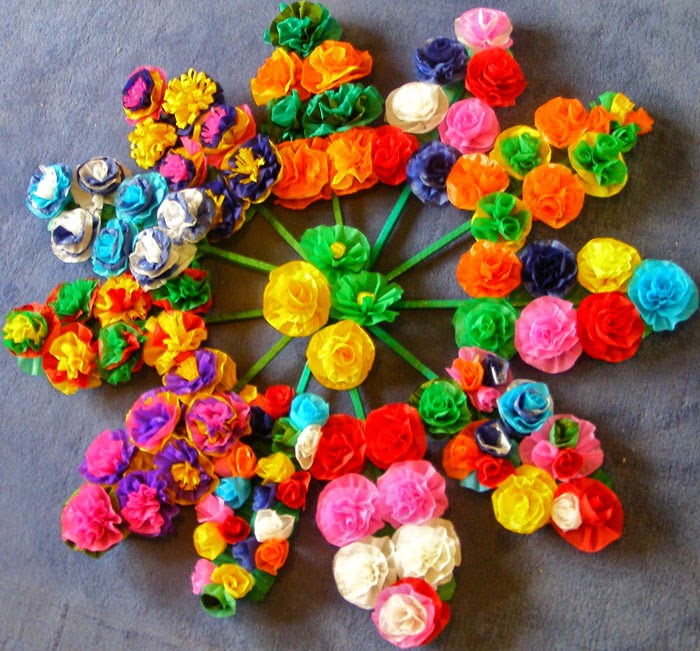 Strong as a rock, swift as an arrow….”


Strong as the iron, swift as steel…..”
In the old times the stick was in fact a young branch of apple tree or cherry tree that was put in a vase with water on St Andrew’s night. The branch burst into bloom until New Year and this was used as a Sorcova. As about the name it seems to come from Bulgarian “surov” meaning pale green, an allusion to the young branch.


The carol singers receive pretzels or nuts, or apples or money. There are areas where girls aren't allowed to go with Sorcova as they say girls bring bad luck! Hm! I disagree, but this is the custom, anyway.


The fact that the Sorcova has all the colors on it gave a saying. When someone is dressed in unmatched colors,or too many, people say, ”You are dressed like a Sorcova.”


Let me know if you have traditions linked to the first day in the year.
Posted by Unknown at 12:36 PM
Email ThisBlogThis!Share to TwitterShare to FacebookShare to Pinterest
Labels: Romanian Traditions - Sorcova, wishes