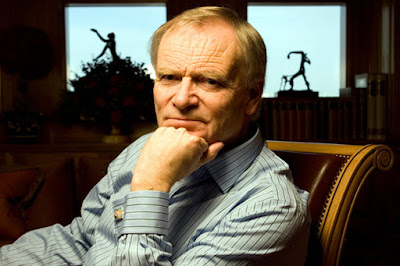 Storytelling is “God-gifted” and you either have it or don’t; soak up as many life experiences as possible before penning that first novel.Don’t let your characters get in the way of the plot. No one ever turned a page to see how a character develops.

Archer wins an Oxford blue running for the university athletics club. He goes on to have an impressive career in running and is, briefly, selected to represent England and Great Britain.

Archer tried his hands on a number of different occupations including training to join the police and army but settled as a physical education teacher at Vicar’s Hill, a Prep School in Hampshire and later at the prestigious Dover College in Kent.

In 1969 he wins a by-election for the Tories in Louth, Lincolnshire, and, at 29 years old, becomes Britain's fourth youngest MP

Archer was first recognized as a literary figure after the publication of his first book, Not a Penny More, Not a Penny Less in 1976.

He was arrested in 2000 after a trial that found him guilty of persuading a friend to lie in court in the 1987 libel trial.