Carmen, thanks so much for letting me visit today and chat about my paranormal romantic suspense Boji Stones.  Most of your viewers may be familiar with Boji Stones but for those who aren’t let me give you a little background.


These stones are some of the most fascinating of our time. Found in Kansas, some people believe they were left by aliens.  They come in male and female stones and look like pieces of gray coal. The female is a smooth stone while the male has a rough texture.  True Boji Stones are difficult to come by. They are compared to jumping beans because their energy is so powerful you can almost feel them jumping in your hands. They are grounding stones and helpful with incarnation. Blue Boji stones have a high spiritual vibration.  But more important to this story they are said to activate regeneration……. 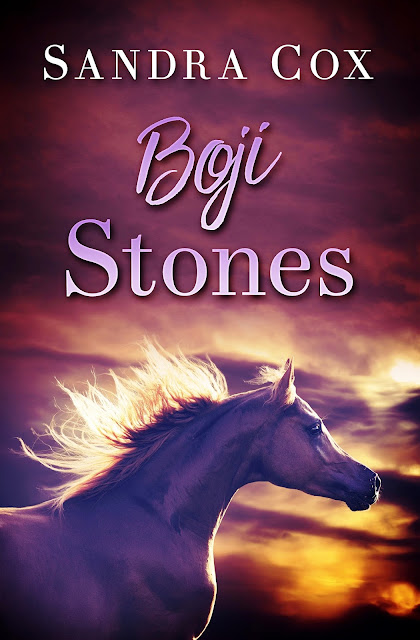 Blurb: Marnie Sinclair has a secret that could rock the modern world.  Two men have discovered it.  One is a scholar.  One is a madman.

His trembling fingers rested on the keyboard as he leaned toward the monitor.
An uncontrollable twitch ran through his body as he devoured the article with the greedy need of a child.


Legend has it that out of all the mortals on Earth five women found favor with the gods—Sophia whose face was pitted and ravaged by pox,


Zoe, a young queen, whose village was razed and plundered and she herself taken as slave,


Pelagia who had the body of a woman and the mind of a child,


Olympia a poor widow with children to feed and Helen who lost four of her five children to the plague and begged the gods to spare her remaining child.


To Sophia they gave an amulet forged with beauty and creativity.


To Zoe an amulet forged with power.


To Pelagia an amulet forged with knowledge.


To Olympia an amulet forged with wealth.


And for Helen they forged a copper amulet with a beautiful amethyst at its center.


Two plain stones the size of small coins flanked the amethyst. The female stone smooth, the male stone’s texture rough. Then they fused the amulet with healing.


Orso legend has it…

Available at:Amazon
On sale: .99¢ March 14-20
Bio:Sandra writes YA fantasy, romance, and metaphysical nonfiction. She lives in

sunny North Carolina with her husband, a brood of critters and an occasional foster cat. The last animal member of the family, a kitten, came hurtling out of the woods in southern Illinois to land at her feet. He made the trek back to North Carolina, with her and her husband, and wasted no time settling into the household.


Although shopping is high on the list, her greatest pleasure is sitting on her porch, listening to the birds, sipping coffee or a latte and enjoying a good book. She's a vegetarian and a Muay Thai enthusiast.