City Lights Press and I are  delighted to let you know about the release of
Dracula's Mistress.

This is Book One of a two books series -
Dracula's Mistress and Dracula's Prodigy.
Genre - paranormal historical/light horror/light  romance 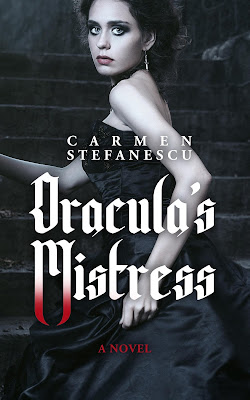 From the day that the powerful, brave and merciless Vlad III Basarab, a descendant of the Draculesti family—better known to most people as the infamous vampire Dracula—ascends the throne, he knows only battles, betrayal and intrigue.
Evil grips the town of Targoviste, capital residence of Walachia. The secrets behind the stone walls of the palace are as dark and violent as a winter’s night, as terrifying as the prince’s deeds. Dead bodies, drained of blood and missing their little finger keep appearing in the streets at night.
Lovely, smart, determined, Angela Oltenescu ignores all the aggressive rumors and her mother’s warning regarding Vlad. Will she suffer the consequences of falling in love with a man nicknamed Dracula by his enemies—an infamous creature of the night?
Rich, sly, treacherous,  Marin Craioveanu, a powerful landlord, craves the same woman loved by Vlad. Marin's hatred toward the prince will make him an ally to Handsome Radu, Vlad’s brother and Sultan’s friend, ready to sell the country to the Ottomans to get rid of his rival.
Dracula’s Mistress will awe legions of fans of Gothic literature, paranormal and historical fiction.

Here is the cover for the paperback book 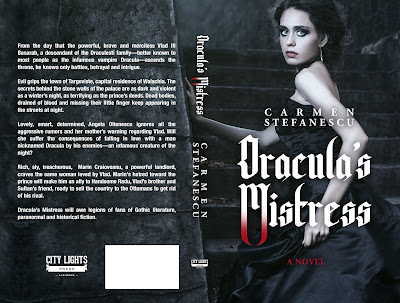 and a video teaser: