Publication Date: July 31, 2012
It's been six months since Jesse Shantel got out of physical therapy. Ten years since she escaped the crumbling colony of Nevarreh. And it's been three years since she last saw Thomas Jameson. But how long will it take to put the broken pieces back together again?

Humanity has been at war against the merciless space-faring race known as the G'thaar for more than fifty years. In the struggle, Earth has developed heavy battleships known as battle cruisers and outfitted them with spacefighters, and the new breed of pilots that fly them.

Major Jesse 'Katana' Shantel is one of these pilots, and one of the best. She's been retired for three years, but has a second chance on the newly dispatched Perseverance. What she doesn't know is that the former love of her life, Lieutenant Colonel Thomas 'Dixie' Jameson - a love lost before it was ever truly had - is also on board.

There's one week before the Perseverance arrives at the border between humanity's colonies and the G'thaar, where the ship will be patrolling. Can the demons of the past be overcome before they encounter the demons of humanity's present?

How far should two people go to regain the chance of what was once lost? 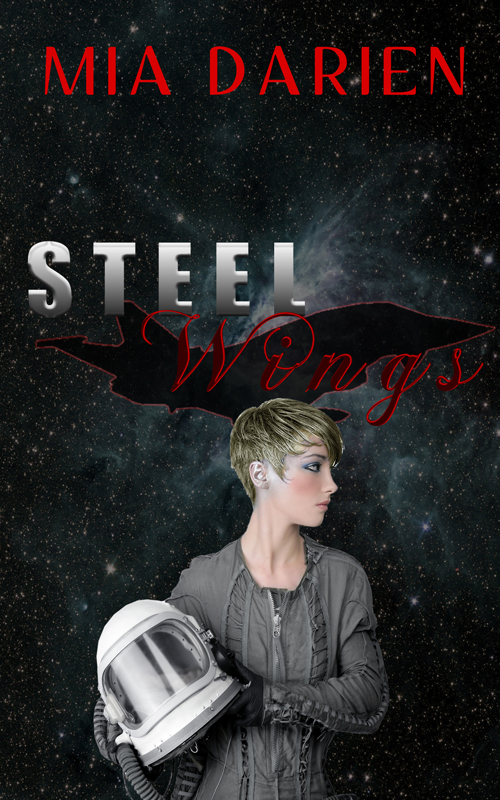 Steel Wings, set in a futuristic world, is a compelling story for the lovers of this genre. I can truly say Sci-Fi is not my favorite genre of books and yet, after a friend recommended it, I read it and it was worth the time. This book is about cyber warfare and romance and adventure.
Well-written, with a strong female character, Jesse, and a fast paced plot it is an enjoyable read for older teens and adult. It has interesting characters that have good depth to them. I really like the way the plot and the characters were developed. Will Jesse succeed in regaining what she once lost, the love of her life?

Steel Wings is a light romance story that, once again, reminded me that love is powerful and if two people are meant to be together, then they will find each other  in the end.

The only fault I find in this story is the fact it's too short. It ends too soon. I gladly give it what it deserves: 5 stars.