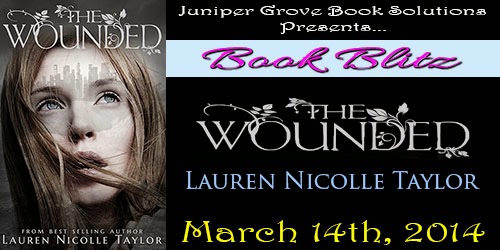 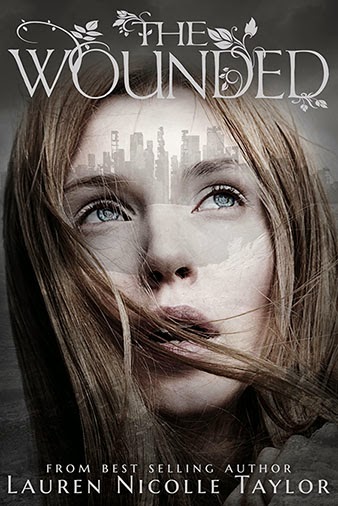 Title:   The Wounded
Series:  The Woodlands Series, Book 3
Author:  Lauren Nicolle Taylor
Published:  February 28th, 2014 by Clean Teen Publishing
Word Count:  91,000
Genre:  YA Mature Dystopian Romance
Content Warning:  Graphic Violence
Recommended Age:  16+
Synopsis: You think you’re in control. That it’s your hands on the reins. But I’m starting to think either someone else is driving, or the reins are attached to nothing. Just flapping and snapping in the breeze. What could be simple, never is.


Rosa doesn’t want to get used to being separated from Joseph, from Orry. So she must find the strength to battle her way back to her family, while mustering the courage to face her father, his secrets.


With her best friend, Rash, by her side, she feels blessed and cursed. He is her saving grace, but will Joseph accept him and forgive her for leaving?


Rosa must pull these threads together as she hacks her way to The Wall with the aid of her new companions but, heartbreakingly, without the one person she’d planned to save.


Finding her way home is only the beginning. The biggest changes, the shocking truths, are waiting, hovering over the town like a menacing vapor.


The Wounded have waited, nursed, and been dormant for too long. And now they’re coming… dragging the ghosts of their lost ones behind them.
Amazon | Barnes & Noble | GoodReads 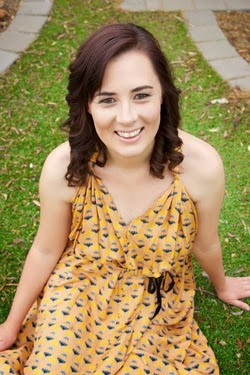 Lauren Nicolle Taylor is a 33-year-old mother living in the tiny, lush town of Bridgewater on the other side of the world in Australia. She married her high school sweetheart and has three very boisterous and individual children. She earned a Bachelors degree in Health Sciences with Honours in Obstetrics and Gynecology and majored in Psychology while minoring in Contemporary Australian Writing.
After a disastrous attempt to build her dream house that left her family homeless, She found herself inexplicably drawn to the computer. She started writing, not really knowing where it may lead but ended up, eight weeks later, with the rough draft of The Woodlands.
In 2013, Lauren Nicolle Taylor accepted a publishing contract with Clean Teen Publishing. Her first published novel, The Woodlands, was released in August 2013 and quickly became a best seller. The second book in The Woodlands Series titled: The Wall, was published in October 2013 and followed suit, maintaining it’s position on the best seller charts for three months in a row. 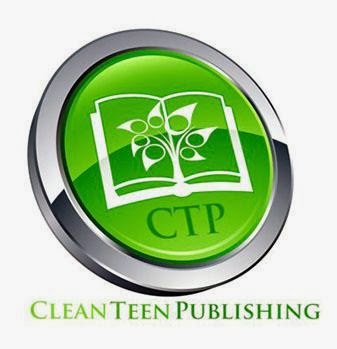 Giveaway Details:
There is a tour wide giveaway. Prizes include the following:
Giveaway is International.

Posted by Unknown at 12:02 AM
Email ThisBlogThis!Share to TwitterShare to FacebookShare to Pinterest