The Twilight Garden
by Molly Dean 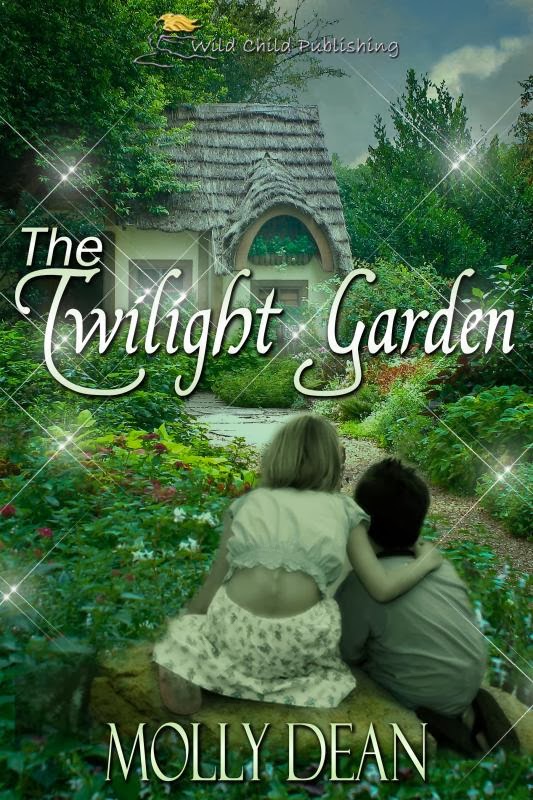 Ten-year-old Daniel Weston, son of a high-powered Atlanta attorney, expects to be bored spending the summer with his aunt and hated cousin Sabrina in the rustic mountain cottage belonging to his great-aunt Delilah. Instead, he finds himself enmeshed in intrigue: why is Delilah in Ireland searching for a missing granddaughter, and for what reason has the girl disappeared? Daniel also doesn't bargain for a blossoming friendship with feisty, adventure-loving local girl, Kat McDougal.


Kat shows Daniel his great-aunt's 'twilight garden,' a special place flaunting pale, fragrant flowers and silvery foliage. The garden, which has been allowed to grow wild, has a curious appeal. Things are "different" in the garden, magical.


Against the backdrop of night meetings at the garden, Daniel and Kat try to solve the mysteries involving the people that surround them. But Daniel, grappling with the shock of his parents' recent separation, starts to wonder what he can count on and if he can believe anything about anybody.


Can these two children find their place in an adult world even as they realize that they have no one but themselves to lean on?

My Review
Molly Dan created a touching story that reminded me of childhood days. I found myself reading from start to finish in less than a day. A book that can be read by children and adults too. I would say especially by adults. They have a lot to learn from this apparently a children’s book. The author is a master storyteller.


A simple, unsophisticated plot: Two kids, Daniel ten years old and Kat, eleven, spend their summer holiday in his aunt’s run-down twilight garden. However, this book has all the components of a delightful story and much more besides. It's full of loads of children and adults and even animal interaction along the way. Cats hold an important part in the story. The grown-ups especially are well portrayed with their faults and good parts. I consider that the characters were the strongest point of this novel. Character-driven stories have the greatest impact on me. I liked how Daniel and Kat were built. The Twilight Garden by Molly Dean makes for a pleasant, relaxing weekend read.


I’m glad I got the chance to read this wonderfully lighthearted book about the meanings of life. Though the novel is easy to read, it also digs to the depths of human connection in an eerily compelling way.


Daniel’s conversation with Kat, regarding family, shows the kids’ disappointment and lack of expectations from their own families: All parents have lots of explaining to do. They think they're trying to protect you by not telling you stuff...but that makes it worse. . . . .  Daniel gave her a scornful look. "I'm never going to be a parent." Families never lasted.


Kat, who was watching him intently, seemed to read his mind. “Fact is, though, when it comes down to it, all we got is ourselves. Parents don’t much count. I figured that out a while back. About the time Number Three rolled in.


I’m not telling you more as I don't want to take from you the enjoyment, so you'll have to discover all this on your own. If you haven't read this book yet, go do it now!


I rate it Five Stars.

Posted by Unknown at 12:10 PM
Email ThisBlogThis!Share to TwitterShare to FacebookShare to Pinterest