Shadows of the Past Teaser III

Wild Child Publishing
You can find Part I on 1st October and Part II on 3rd October  posts.


Andrew looked at her. "Don't cry, please. I’ll make sure that nothing bad will ever happen to you. I’ll do my best and help you forget your troubled life. I promise."
"Yes," she said in a voice full of agony and bowed her head to prevent him from seeing the silent tears sliding down her cheeks. "Yes, I believe you."
Andrew brought his mare to a sudden stop, almost colliding with Genevieve's horse. They were by the mossy banks of the stream. He reached across and touched her wet face. "Have faith, my love. I'll always love you and stand by you. These three days, I thought only about you and your future. Our future. Your face didn't leave my mind for one single moment. Nothing in the world matters to me more than you." 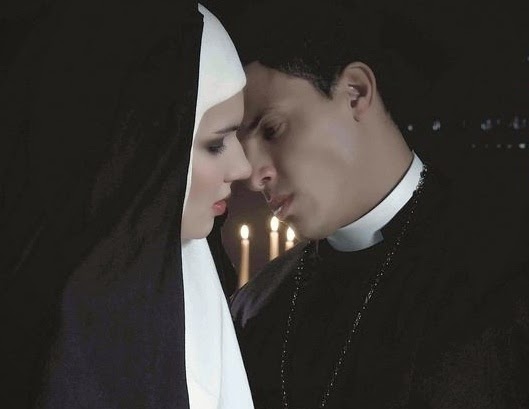 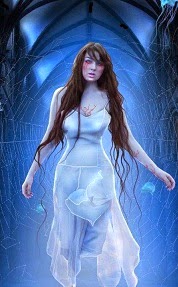 banks.
Genevieve moistened her lips and brow. The whisper of threat enveloping them became almost palpable, no matter how hard she banished the thought from her mind. She sighed, a barely audible sound of distress, still loud enough for him to turn a concerned look to her. A sickening sense of inevitability gripped her heart, warning her about the menacing stillness closing in on them. It had to do with the Abbess, no doubt.
Andrew pulled her to his chest. "Do you regret you've come with me?"
Passion smothered Genevieve's doubt and guilt. "Never," she answered, aware of her body's response to his touch, and she succumbed to his embrace.
The moonlight bathed his face in silver light. Andrew lowered her wimple, and his fingers threaded into her curls. She swayed, enveloped by the dizzy sensation of drowning in the tumultuous ocean of his gaze. The tenderness of his touch raised in her the wish they had lived in another time and been simple, ordinary people. She longed to feel the warmth of his lips on hers. How much she'd have liked to live the rest of her life beside him and bear his children. A dream not likely to ever come true for her. Why not let the feeling lurking in the pit of her stomach take over and consume her whole being?
Aware of the track of her thoughts, she shifted uneasily, a hot flush warmed her cheeks. Drawing in a deep breath in spite of herself, calming the gnawing unease in her mind and the thought of Sister Dominica guessing she was the dough of a sinner, Genevieve repeated, "Never."
With her eyes closed and their bodies touching she became, for the very first time, simply a woman. She melted in his embrace in spite of the invisible vicious threat breathing around them. Aware they might never be alone again, she fought hard to silence the voice of conscience berating her.
"Oh, God. Please forgive me," Andrew muttered under his breath when he bowed his head to kiss her. Their lips met in a passionate first kiss.
End of Prologue
Posted by Unknown at 10:41 AM
Email ThisBlogThis!Share to TwitterShare to FacebookShare to Pinterest
Labels: Andrew, Genevieve, ghost, karmic retribution, paranormal romance, reincarnation, Shadows of the Past, Teaser III, The Abbess