Shadows of the Past Teaser II


If you missed Teaser 1 you can find it posted on 1st October.

He nodded, saying, "Don't worry. We’re together. Have faith my love." He led the way into the forest.

Once St. Mary’s Abbey was out of sight, Andrew turned in the saddle to Genevieve.


Genevieve bent her head and in a trembling voice replied, "Ryan's dead. That same evening, after your departure," she said, "the Abbess summoned Sister Francesca to her room. Later, Francesca told me our Mother Superior asked her if she had complaints about her life at the abbey, and if she thought something should be done to improve the living conditions. She also asked Francesca a lot of questions about me." Genevieve frowned and spoke in a wondering tone. "Whether any relatives of mine still lived, or if she knew of a place I might stay in case of unexpected circumstances."


Andrew raised his eyebrows. "Quite odd."


"Poor Francesca thought it odd too," Genevieve continued. "Baffled by Sister Clementa's unusual interest in an ordinary nun's opinion, she pretended she was satisfied with her life here. She didn't dare express her real feelings. She admitted she didn't have any idea about my family. The Abbess then offered her a cup of wine and insisted Francesca should drink it all as a sign of friendship towards her."


"Did she drink it?" Andrew asked in a voice tinged by worry.


"She couldn't avoid drinking the wine in the end. Though she remembered Sister Letitia's death after a similar invitation, Francesca had to obey. Half an hour later, Francesca fell ill and called me to her room to tell me what happened. I wish there was something I could have done to save her."


Genevieve shivered. In a small voice, she went on, "The Abbess hated her for being my friend. Francesca passed away in my arms. In the morning, the evil woman told everyone the plague had caused Francesca's unexpected death, and nobody was allowed to enter her room. Two men came and buried Francesca's body, like a sack of rotten potatoes. No stone placed above, no prayer said. I don’t know if the other nuns believed the Abbess' story. I don’t doubt for a second my dear friend died because of some poison the Abbess gave her." She stifled another sigh before continuing.


"All these three long days, wherever I came across the horrible woman, a grin of satisfaction sat on her face and the ice cold waves coming from her hit me.” A violent shudder shook Genevieve.  No tears shadowed her vision.


"There's something else Francesca told me before dying," she continued, her words strained. She raised her shaking hand to her brow. "Francesca said she saw the three books -- The Gospel, The Leech Book and The Bestiary, the ones the Abbess took from me -- on a shelf in her room. She didn't destroy them as she threatened. She kept them for herself. And Francesca insisted she didn’t have any doubt that Sister Clementa dealt with black magic."


"Black magic? The Abbess? Here under the monastery's roof? Even she couldn’t dare such blasphemous behavior."


“Francesca also said there was a strange statuette on the table: a repulsive three-headed woman with serpents coiled round their necks. The Abbess hurried to hide it when she entered. Francesca added that an odd shiver passed over her at the sight of the strange object."


"I'm not sure what she saw,” Andrew said. “It might have been a statuette of the Gorgons. Three hideous, winged demons with serpentine locks of hair and wide mouths showing powerful tusks of swine, named Medusa, Sthenno and Euryale." Andrew frowned. "In Greek mythology, Sthenno and Medusa are vicious female monsters. It doesn't sound good to me. Some say that the Gorgons' presence heralds misfortune and death."


Genevieve pressed her hand to her mouth. She shook her head and went on, "Earlier this evening, when I couldn't find Ryan in the garden, I went to his cottage. I intended to tell him about Francesca's pagan burial and wait there for you. I knocked at the door and, since I didn’t get any answer, I entered and found him. I thought at first, seeing him heaped in his chair with his eyes closed, that he was sleeping. Touching him, I realized he was cold. Dead, I mean. Poisoned too."


"Yes. I learned about such things, poisons and their cures, from old Bertha and from the Leech Book I inherited from her. The color of the foam on both Francesca's and Ryan's lips left no doubt. I couldn't find the gate key on the key ring Ryan kept in the cabin. I found it among his spares.  If he hadn’t showed me where he kept them, I couldn't have opened the gates and left the abbey."


"Poor old man. I liked his honesty and valued his knowledge. Before I left the abbey, I promised I would take him to my manor to be my gardener.  Save him from this evil woman's claws too. He was so glad at hearing it." Andrew shook his head. “I didn't want to believe all the rumors about the Abbess.  Now I think the woman may be a dangerous witch and murderess, on top of all her odd behavior."


Genevieve's hand fluttered to her throat. Large tears she couldn't suppress anymore gathered in her eyes.


"I'm the only one to blame for Francesca's and Ryan's deaths. If I hadn't talked to you if I hadn't been Francesca's friend, they'd both be alive. It's God's punishment I must pay for the sin of falling in love with you." Genevieve bowed her head under the burden of her grief.


"Don't blame yourself, my love. She'll burn in her own hell, sooner or later. It tears my heart to pieces to see you tormenting yourself." 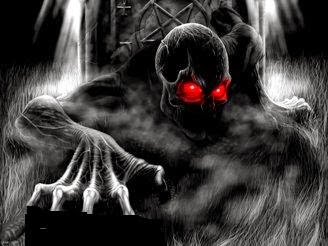 A thick fog covered the whole mountain in gray cool folds, making the path between the old trees almost invisible. Just what they needed. On the other hand, they themselves were less visible to the possible followers.


The hair on Genevieve's arms pricked when the distant barking of dogs, sounding more like howling, came through the forest. To her knowledge, no animals inhabited the old forest. Except perhaps the legendary heralds of evil, the ghost dogs. The  howls rose again in the deepening dusk, and sent needles of ice along Genevieve's spine.


Andrew rubbed one hand across his forehead as if to brush away some unexplained fear troubling him.


What was he more afraid of: the dark, eerie forest with its bloodied past and lurking ghosts, or the two-legged beings that could become wilder and crueler than the wildest beast? She muffled a moan of grief.
To Be Continued
Find the novel here:
Wild Child Publishing
Posted by Unknown at 12:23 PM
Email ThisBlogThis!Share to TwitterShare to FacebookShare to Pinterest
Labels: abbess, Andrew, cursed forest, evil, fog, Genevieve, ghost dogs., prologue, Shadows of the Past, Teaser II, witch