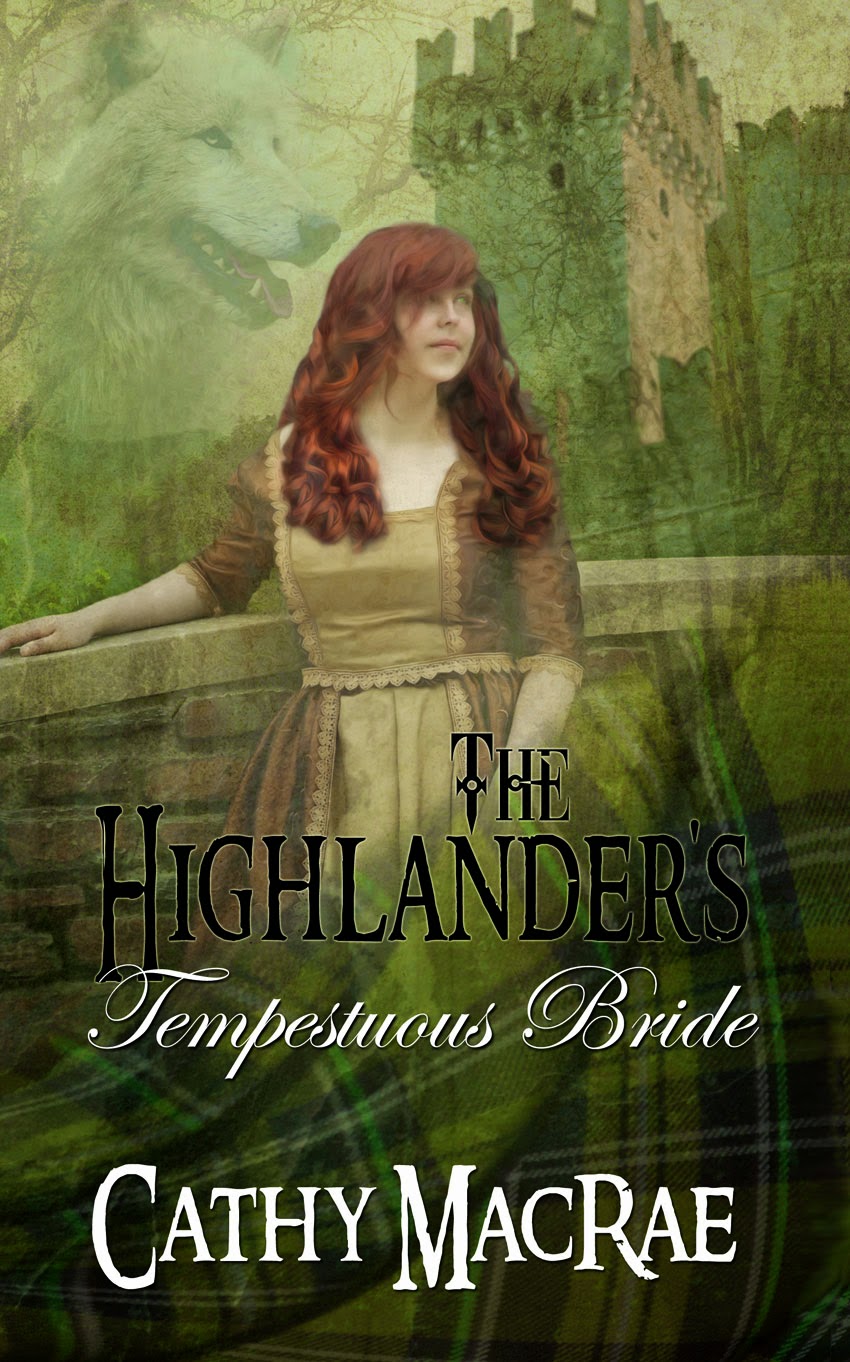 Today's guest of Medieval Monday Tour is Cathy MacRae. She presents her release:


The Highlander’s Tempestuous Bride
What happens when the sixteen-year-old daughter of the laird, destined to dutifully marry to benefit the clan, falls in love with the wrong lad? In Medieval times, punishments ranged from forced marriage to the man chosen by the laird, to imprisonment, life in a nunnery, or even death.


Gilda does not set out to defy her parents, but when she falls in love with the son of the laird of a neighboring clan that has been at war with hers for years, things are bound to go wrong.

Blurb:
Returning home after a ten-year absence, Ryan Macraig falls for a fiery, red-haired lass from the wrong side of the firth. He can’t ignore his need to see her again, even knowing she must be a hated Macrory.


Gilda Macrory trespasses Macraig land, but haunting memories of the young man she once met there draw her to the forbidden place. Learning he is Laird Macraig’s son threatens her dreams, for her father would never agree to a marriage between his daughter and their enemy’s son.


With pirates raiding the coast, bad blood between the Macraig and Macrory clans could cost Ryan and Gilda their love—and their lives.
* * *


Gilda jerked the knot at her waist and the skirt fell free, but not before Ryan got a glimpse of slender ankles. She settled an arch look on him and it was all he could do to keep from laughing at the regal air she portrayed.


“I am fine. I am also certain I will not meet ye here again?” Though couched as a question, her tone indicated she’d rather see anyone other than him the next time she ventured out to pick berries.


Ryan shrugged. “I think the berries are about finished for the year. Mayhap the Macraig cook will send a lad out to pick the rest. We like sweets like jams and pastries at Ard Castle, too, ye know.”


“Goodness knows the men at Ard Castle need sweetening,” Gilda shot back, her cheeks pinking as she clearly regretted her quick retort.


“A kiss from a pretty lass would help sweeten this Macraig’s disposition.” Ryan marveled at the swirling colors changing Gilda’s eyes from silver to stormy gray.


Though a well-trained young warrior, Ryan was not quick enough to dodge the palm of Gilda’s hand as it made stinging contact with his cheek. He rubbed his jaw ruefully. He should have remembered though the lass had fascinating gray eyes, she also possessed fiery red hair and a temper to match.


He opened his mouth to apologize, but Gilda had already spun , her back ramrod straight as she marched away, the handle of her basket gripped tight in one hand. The other hand clenched and opened, possibly to relieve the answering sting he felt on his cheek, perhaps echoing a desire to encircle his neck.


Ryan grinned. He would have regretted the apology, anyway.
* * *

Amazon
Here's a trailer that includes all the covers of the books in the tour: