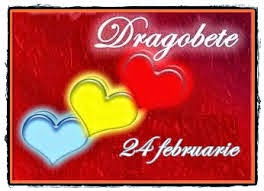 The Romanian equivalent of Valentine Day is called Dragobete. It dates back to Dacian times and is celebrated on February 24. Dragobete is the equivalent of Cupid, love’s god in Roman mythology, and Eros in Greek mythology.


Dragobete,  Youth God in Romanian Pantheon, nicknamed Spring Head, is celebrated, depending on the ethnographic area, on one of the days at the end of February or beginning of March. The legend claims that Dragobete is Dochia’s son. He stands for a positive element, in opposition to Dochia who is the bad mother of the earth, the embodiment of the old year, of winter, according to Geto-Dacian mythology. Dochia is represented as an old woman wearing nine sheepskins that she sheds along the road as she leaves the country. 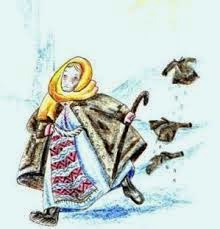 It is around Dragobete time that the birds begin to build their nests and mate. Dragobete customs vary from region to region.  Considered locally the first day of spring, it is the moment when boys and girls pick snowdrops or other early spring plants for the person they are courting, and sing together. The girls keep the flowers until Sanziene day when they throw the flowers in a river.


As a rule, young people, girls and boys, meet at a house and spend the day together singing, eating and drinking, having a good time. Then they go to the nearby forest and make a hora, (traditional dance).


On Dragobete morning the girls and young women gather snow, melt it and use the water to wash their hair. They say their hair and complexion will be pretty and liked by men all year long. 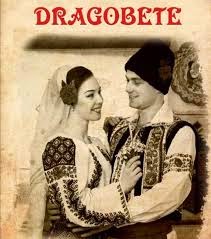 Those who take part in Dragobete customs are supposed to be protected from illness, especially fevers, for the rest of the year. It is a common belief in some parts of Romania that, during this celebration, if you step over your partner's foot, you will have the dominant role in your relationship.


Dragobete festivities, once waited anxiously by young people living especially in Bucovina county, are almost forgotten. Only elderly people speak about them, trying to rekindle their flame in the heart of the young generations. I fear this  is unlikely to happen as  Saint Valentine Day, that has no connection to Romanian spirituality, is a strong competitor. And a good advertiser for all kind of trades.  All Dragobete rituals are little by little lost and replaced by the more glittering and louder ones of Valentine Day. No matter how beautiful our traditions may be, the interculturalism is leaving its print on the Romanian customs.
Anyway, for those who still celebrate it, I wish a Happy Dragobete Day!