"Love, Faith, Courage – with these three we can win the world.” 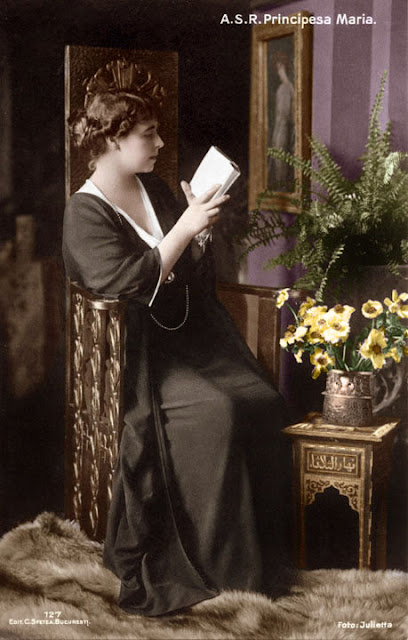 These are the words of a great woman, a great queen whose destiny weaved together with that of the country she dedicated her life to - ROMANIA.


Quaint, picturesque castle. Today’s post reveals a few intriguing phenomena that take place at the Pelisor Castle, Queen Marie’s favorite place. Situated in Prahova county, Romania, Sinaia is one of the favorite holiday places for people who enjoy the fresh mountain air. Among its many touristic attractions are historical buildings like the Casino, built between 1912-1913, the royal Station and above all The Peles Castle and its smaller brother  Pelisor. 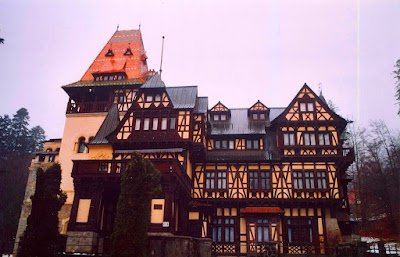 Pelisor was built in 1899–1902 by order of King Carol I, as the residence for his nephew and heir, the future King Ferdinand and Ferdinand's consort Queen Marie. Queen Marie herself, an accomplished artist, made many of the artistic decisions about the design of the palace, and took active part in its decoration, as a painter. In Queen Marie’s opinion, Art Nouveau was a weapon against sterile historicism. She practically created a personal style by combining Art-Nouveau elements with Byzantine and Celtic elements. Here she created a world of her own. The rooms are decorated by her under the influence of ancient Celtic, Scandinavian and Scottish myths of eternity or of the Celtic-Scottish myth of regeneration and eternity.Pelisor Castle includes several chambers, working cabinets, a chapel, and "the golden room".


A queen's testament. Five years before her death, Queen Marie, feeling her passing through this world was coming to an end made a testament in which she requested that her heart should be buried on Romanian soil. As a permanent link between the Queen and her country. She regretted she was dying. She also asked to be dressed in cardinal purple. She died at Pelisor the place she loved so much.


Ten years after her death, on 10May 1948 the Golden Chamber filled with Queen Marie’s favorite perfume Quelque Fleurs Royale India Violettes. She’d received a small vial of this special perfume from a maharajah. An odd thing remarked by people who were in the castle at that time was that the perfume didn’t leave the room to waft to the other chambers. The smell appeared again on 25th October the anniversary of King Michael of Romania and again, later the same year on 30th December on the date he was forced to give up his throne by the communist regime brought by the Russian invaders.


The Haunting Perfume. The fragrance kept reappearing in the castle, always at dates of importance for Romanian monarchy. 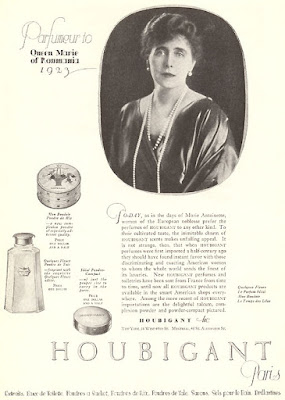 Intrigued by it, the new rulers strengthened the guard and watched to see if there was someone who played a trick. But the smell started mocking them, jumping from one floor to the other in the most unexpected places and moments. It seems the fragrance was felt again on the day of  Petru Groza’s death and later at Gheorghiu-Dej’s death, (both communist leaders of Romania). Could the queen have tried to take revenge against those who stole her country? Or she wanted to warn them she was keeping vigil? In her time, the queen advertised this perfume "Mon Budoir,”created by a great French house of cosmetics. When she died the perfume was withdrawn from the market as a sign of respect.


Castle returns to its legal owners. In 2006, it was decided that the palace complex, including Pelişor, long a museum and tourist site, is the legal property of the heirs of the Romanian royal family.  King Michael I of Romania, finally back in the country after the long exile and the mean attitude of the new authorities after  the 1989 so called revolution, who didn’t allow him first to enter the country as was his right. appears decisive that of the complex, Pelişor castle will remain as place for his heirs, the Royal Family.
"I was barely seventeen when I came to you. I was young and ignorant, but very proud of my native country, and even  now, I am proud to have been born an Englishwoman... but I bless you, dear Romania, country of my joy and my grief, the beautiful country which has lived in my heart.”