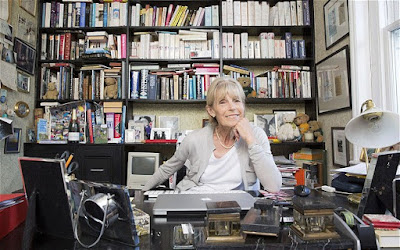 "Every book has an Act Three, a turning point when something happens that means nothing can ever be the same again.”

Vincenzi came to the novel via long-form journalism and journalism via a smart secretarial school that was the only established route into magazines for an ambitious girl who at age nine produced her own type-written magazine in triplet copies and sold them at school for two pence.

In Vincenzi's fictional worlds, death and grief serve as turning points, an act three as she describes it, when nothing can ever be the same.

In a list of the top-selling British authors of the past decade, compiled by Nielsen BookScan, in which crime and women's and children's fiction dominated, Vincenzi outsold Charles Dickens, Jackie Collins and A.A. Milne.