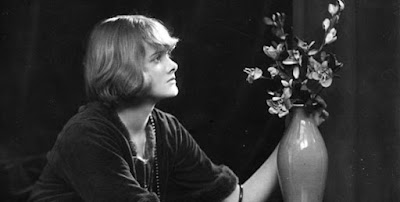 Act God. Fashion men and women as Prometheus fashioned them from clay, and, by doing this, work out the unconscious strife within and be reconciled.

Daphne Du Maurier
(1907 - 1989)
Fun facts about:
Her grandfather, George du Maurier, was a novelist and cartoonist, and her father, Gerald, was a successful actor and theater manager. Daphne seems to have inherited some of the neuroses of her artistic ancestors -- depression, breakdowns, grandiose insecurity -- as well as their gifts.

She is alleged to have had affairs with several famous people. Romance and mystery are the bywords of much of du Maurier’s fiction – ‘romance’ both in the sense of romantic relationships and exotic escapism (films of her work were popular during WWII for this very reason). Consider, for instance, her alleged affairs with both men and women, including the director of The Third Man, Carol Reed, and the actress, Gertrude Lawrence.

A number of classic films owe their existence to Daphne du Maurier. Alfred Hitchcock was especially a fan of her work and adapted Jamaica Inn, The Birds, and Rebecca for the big screen. The Nicolas Roeg film Don’t Look Now (which is now being remade) is also based on a Daphne du Maurier short story.

Ms. du Maurier died in 1989 at the age of 81. As a biographer, Margaret Forster, wrote, it was not the death she hoped for -- "when my time comes, let me go out like a light, swiftly." Instead, she had, in essence, starved herself because she was no longer able to write.

She was given the honor of being the ‘Dame Commander of the Order of the British Empire’ in the ‘Queen’s Birthday Honors’ however she never
really used this title.

Daphne du Maurier also wrote three plays. The first was an adaptation of her novel ‘Rebecca’ that was published in 1938.