I’m sad to see that books are still being banned in today’s society.
This is a week during which  attention is drawn to the books that have been censored, challenged and banned in schools and libraries and during which we also celebrate the freedom to read whatever we want.
You might be surprised to find some of your favorite titles topping the list. Here they are, in  no special order. 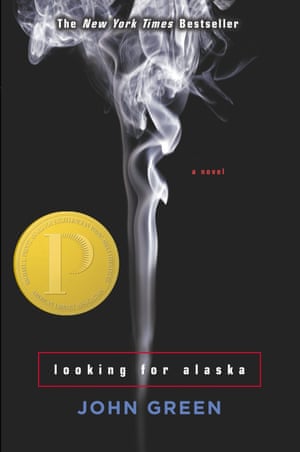 “Looking for Alaska,” by John Green.
Reasons: Offensive language, sexually explicit, unsuited for age group
John Green has recently risen to internet fame with his YouTube videos and beautifully written young adult novels. “Looking for Alaska” is one of the latter. In it, Miles “Pudge” Walter goes in search of something exciting, only to find exactly what he’s looking for: Alaska Young, a young, beautiful, crazy girl who steals his heart.

Two Boys Kissing by David Levithan
An attempt to break the world record for the longest kiss is at the heart of this complex novel. The ALA cited challenges focused on ‘homosexuality’ and the suggestion that the book ‘condones public displays of affection’. 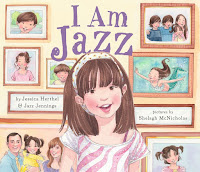 I Am Jazz by Jazz Jennings and Jessica Herthel
This autobiographical picture book (co-written with Jessica Herthel) tells how the activist and YouTube star asserted and embraced her transgender identity. Reasons given for challenges included the accusation that it was ‘inaccurate’ and ‘unsuited for age group’.


Beyond Magenta by Susan Kuklin 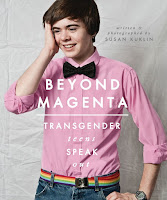 A 2003 bestseller, this novel follows Christopher as he investigates the death of his neighbour’s dog, unravelling the emotional and moral confusions of the adults around him. This sensitive portrayal of a boy on the autistic spectrum won a host of awards and has faced challenges suggesting it included ‘offensive language’ as well as ‘profanity and atheism’.

The Bible joined the ranks of the most challenged books for the first time this year. According to the ALA challenges to this classic story of wrath and redemption cited ‘religious viewpoint’.

Bechdel’s graphic memoir of growing up in small-town Pennsylvania explores her relationship with her father and her own sexuality in a dense spiral of memory and allusion. Challenges in 2015 included suggestions that it contained ‘violence’ and ‘graphic images’. 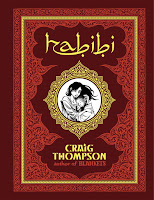 Thompson explores child slavery and sexual awakening in a graphic novel that took him seven years to complete. The ALA logged challenges objecting to ‘nudity’, as well as suggesting it was ‘sexually explicit’ and ‘unsuited for age group’. 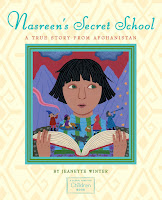 Winter depicts life in Afghanistan under the Taliban in this story of a girl who enrols in a secret school after both her parents disappear. According to the ALA, challenges included objections to violence and ‘religious viewpoint’.

Have you read any of them? What do you think?

Posted by Unknown at 12:00 AM
Email ThisBlogThis!Share to TwitterShare to FacebookShare to Pinterest
Labels: Banned Books Week, Beyond Magenta, Fifty Shades of Grey, freedom to read, I Am Jazz, Looking for Alaska, The Bible, The Curious Incident of the Dog in the Night-Time, Two Boys Kissing