Endless as the Rain

For Adriane Graham, the real question comes down to this: “Am I Alec Kaden’s guest…Or his prisoner?”
If she’s a guest in the Kaden mansion, then it means Alec has freed himself from his family ties to organized crime. It means he’s telling the truth when he says he’s protecting Adriane from dangerous men and they can shake off the shackles of haunted pasts.
…But…
If Adriane Graham is Alec Kaden’s prisoner, it means his tenderness is simply a ruse to keep her under control; his kindness is just poisoned hypocrisy. It means Alec is a cruel liar, and that somehow, by some desperate way, she’s got to get out of this charming man’s well-guarded house before it’s too late.
Is she Alec’s treasured guest? Or merely a pretty bird, trapped in his gilded cage? The troubling questions pour like fountains…flowing…
Endless as the Rain. 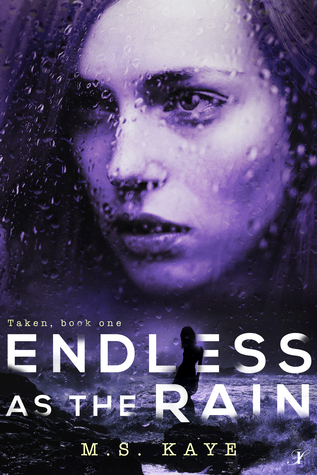 Endless as the Rain is narrated in Adriane’s Graham first person voice, mostly, and also in Alec’s third POV.
The author built well defined and likeable characters and thus easy to connect with.
We slowly come to know Adriane, a bookkeeper. She says about herself, after the death of both her parents: “My routine was how I got through my days, my life.” A smart young woman, she proves much smarter than people at her office would have liked. She gets into trouble because of things she discovers regarding a high official.
Is Alec what he pretends to be, her protector? He claims he does it because “Our fathers were…associates.” Yet, there seem to be many secrets behind his friendly façade.
Well, I won’t tell more. This was just a teaser from the story.
The naturalness of the prose, the spot-on temperament of the drama, and the organic interactions of 9/10 of the story impressed me. Once I started it, I was installed in the story till the end.
Plotting was excellent and well executed.
I also appreciated that I couldn't and didn't figure everything out by page ten. Far from it. The story will hook you and then you will enjoy the various characters as well.
If you enjoy a good story and interesting characters who have their own individual stories, you will enjoy this book. Order "Endless as the Rain" today, as it’s a good read for anyone who loves romantic suspense.
Posted by Unknown at 12:00 AM
Email ThisBlogThis!Share to TwitterShare to FacebookShare to Pinterest
Labels: .#romantic #suspense, #author, #novel., Book Review, Endless as the Rain, MS Kaye