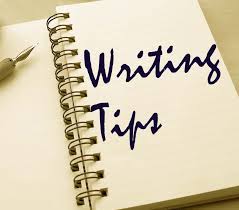 On a first draft, I often feel that all of my characters are speaking like I do. Even though they do things I wouldn’t do, they still explain things like I would, complain like I would, or argue like I would.
Characters who all sound exactly alike it's one of the biggest problems plaguing fiction — and it seems to hit genre fiction especially hard sometimes. How do you keep your characters from all having the same voice?
Let me start by saying I’m no expert—this is something I’m still learning and improving myself. But getting your characters to speak to you, to your readers, in their own unique voices is essential.
This is something I've struggled with in my own fiction, and it's a much messier problem than you would think. I can feel my   wise Wicca healer and my smart, brave detective are incredibly well drawn and full of character and neuroses, and nobody would ever imagine they were the same person. And then I look over my novel for the tenth time, and realize that they're all sounding absolutely identical. Hasn’t it happened to you, too?
How do we solve this issue?
We need to know details about our character first. Their fears, opinions, how they were raised, education, age—all of those little tidbits play a part in voice.
One of the best ways to discover the quirks and eccentricities in our character’s voice is by comparing them to another character. What makes their voices different? How are they similar? What can we do to make them more unique?
The best way to differentiate them - try giving each character a few unique verbal tics, or habitual words, a few habits of speech.
Another trick - vary your sentence lengths, and play with punctuation.  In real life, some people tend to speak in longer sentences, others in shorter ones. Also, you can try giving one character lots of emdashes or colons in his/her speech — but do this sparingly, and only for one character.
What do you think? What other ways, methods  do you use to make your characters speak on different voices?