My blog hosts today the promo for a special lady author, Shawn Rost-Howen, whose latest release is called "Life Flight". 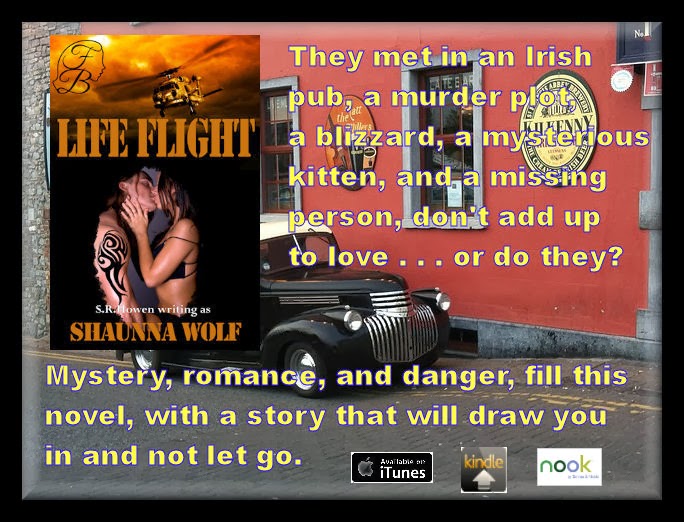 Blurb:
It's 1985. Malachi Blackfeather has spent twenty years in the Army. Two of those years as a Vietnam POW. Now that he's out, all he wants is some peace and quiet to figure out what to do with the rest of his life. Between the flashbacks, and an over interest in sex that is now being called sex addiction, finding his path isn't easy.
Kat is trying to escape an abusive marriage. Her soon to be ex is a master at manipulating the system, and her family thinks she should stay with him, "because no other man will want her." She's looking for escape in any form she can get it.
When they meet, sparks fly. Trapped by a blizzard, can two damaged people, who think there is no chance of love in the world for them, find each other, and survive an unforeseen circumstance that puts both of them in danger?
Mystery, romance, and danger, fill this novel, with a story that will draw you in and not let go.

Excerpt:
A woman’s voice broke my moment of bliss.
She walked past me as if she didn’t see me. Set a backpack on the floor near the curved end of the bar, leaned forward and grabbed a bar rag--used it to mop the surface of the bar in front of her. My first impression of her--short. Then, too skinny, and her dark hair on top of her head in an almost bank-teller type twist--not very attractive. She wore a black and white button up poet’s shirt, belted around her narrow waist over a mid-thigh length black denim skirt. The front of the shirt gaped open over breasts that belonged on a woman twice her weight. She either didn’t know that too many buttons were open, or she wore it that way on purpose--the top half of the lacy black bra she wore an open invitation.
Davin set a Bloody Mary on the bar in front of her. “On me,” Davin told her.
She took a sip and watched herself in the mirror. “Wicked,” she said, still watching herself in the mirror.
Davin went to the other end of the bar, and she let out a laugh. Not the sort of laugh I expected. It was deep, throaty, a flash of sexual heat went through me--that voice was Indian--one any man would have done things for to hear her scream his name. “Davin, come on, you’re so stingy with the olives.”
“Get ’em yourself,” he said.
She leaned over the bar so far that her skirt pulled up in the back almost to her ass. She wore a garter belt to hold her line-up-the-back, black stockings in place. The shoes she wore--black stilettos, with metal heels so thin I wondered how she’d walked across the floor so quickly and quietly in them.
As many olives as ice cubes went into her glass, all the while she kept watching herself in the mirror. When she picked up an olive with a drink pick and took a long time playing with it on her lips, before it vanished into her mouth, I realized she wasn’t watching herself in the mirror. She was observing the reaction of every man in the room to what she did--watching my reaction. Her gaze met mine in the reflection. Dark eyes. Rimmed in black, with long black lashes. She licked her crimson-tinted lips. Tilted her head a bit. Reached up and pulled a clip out of her hair.
Hair the same raven color as my own tumbled down her back all the way to her waist. She shook her head.
“So much better,” she said.
I turned away from the mirror. Went to the pool tables. Pro or cock tease? My bet was pro. Too calculated. Playful innocence in clothes that had every man in the place watching her. Skinny women got hurt too easy, made me feel like I would break them with a touch. And a pro, no thanks. I didn’t want to pay for what I needed--paid for wasn’t real.
The cue ball cracked into the triangle formation of colored balls. Some satisfaction in that. Drew my attention away from the whore at the bar, whose laugh washed over me again. She obviously knew Davin well.
“You and the jerk official now?” Davin asked her.
Number three ball in a corner pocket. A glance at the bar. She saw me look at her in the mirrors.
“Jackass didn’t show for court, came all the way down here, and the shit bag doesn’t show. Even his lawyer looked embarrassed.”
Another ball spun across the table, vanished into a pocket. Solid or striped didn’t matter when you played alone.
“Never knew why you married him,” Davin said before he refilled a beer glass. So, maybe not pro, recent almost divorcee--celebrating freedom.
The door banged open, the brass bell on the hook above it jingled, and Jake came in followed by a group of college kids. All preppy and lost in their own world.
“Hey, man,” he said and moved straight to the pool table. Opened his stick case and put his cue together. “Sorry I was late, buddy had an issue today, had to meet up with him, help him out with a problem.”
I put quarters on the edge of the table. So Jake’s promise of a woman was bogus. I should blow the place and head out of town before...
“Hey, Jake, didn’t think you’d keep your promise.” 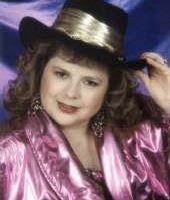 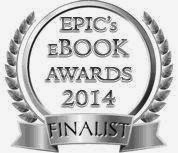 Medicine Man I: The Chief of All Time