I received a free copy of the book from the author for my honest opinion.


Genevieve is a young girl who lived in the 14th century and was dealt a very hard life. She reminded me of the little girl that Shirley Temple played in that movie The Little Princess or her life did. Genevieve lived with this couple who had an inn type place that they ran. She had to get up early in the morning and help in the kitchen and then she had to help make the beds. She was working from daylight till dark. But then she got lucky when a couple of nuns stopped at the inn one night and decided to take her back with them to live at the abbey. With everything she had been through Genevieve decide that she was never going to have anything to do with men ever and the nuns at the abbey had been so good to her over the years that she wanted to be a nun herself. 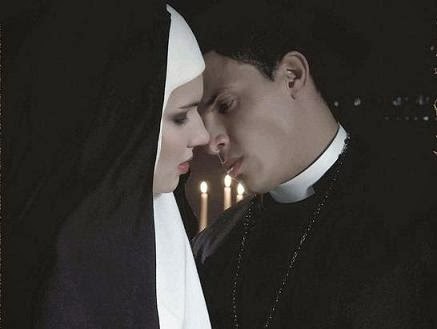 She was very happy as nun for a very long time until a new priest came to town. Genevieve and the priest fell in love with each other but they were not allowed to show or let anyone know how they felt about each because they had made their vows. But after a while and with all the bad things that was going on at the abbey they decided that the best thing for them to do was leave, sneak off in the middle of the night.

Anne a young woman who lived in the present day and time had broken up with the man that she loved a while back. But then one day he shows up on her door step sort of speaking. Anne still being in love with him no matter what had happened between them realized that she couldn't be without him and let him talk her into giving him another chance. So Anne and Neil go on a vacation. They get lost on the way to their hotel and spend the night in the mountains. They find an old abbey that has all but fell completely down. While they are at this old abbey Anne starts having these vision or dreams about this young girl. Anne feels or just knows somehow that vision was real. Anne wants to help this girl/ghost to move on so that she can be happy. Anne finds some old bones in an old oak tree and sets out to find out whose bones they are.

Shadows of the Past tells of two young girls' lives in two different time periods whose lives eventually end up joining. I like to read stories where you get more than one person's point of view especially with the past and the future collide with each other in some way or another. If you have not read Shadows of the Past and you enjoy reading historical romance with a little suspense thrown in then you are going to love Shadows of the Past. If you like Shirley Temple then you will love Genevieve as well. Hey give it a try who knows you just might like it I did. But of course I love Shirley Temple too. (Published at Goodreads on 21 November 2013) 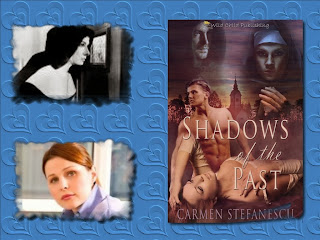