4.0 out of 5 stars Somewhat dark and well worth a read, March 7, 2014
By
Robert Clark
This review is from: Shadows of the Past (Kindle Edition) 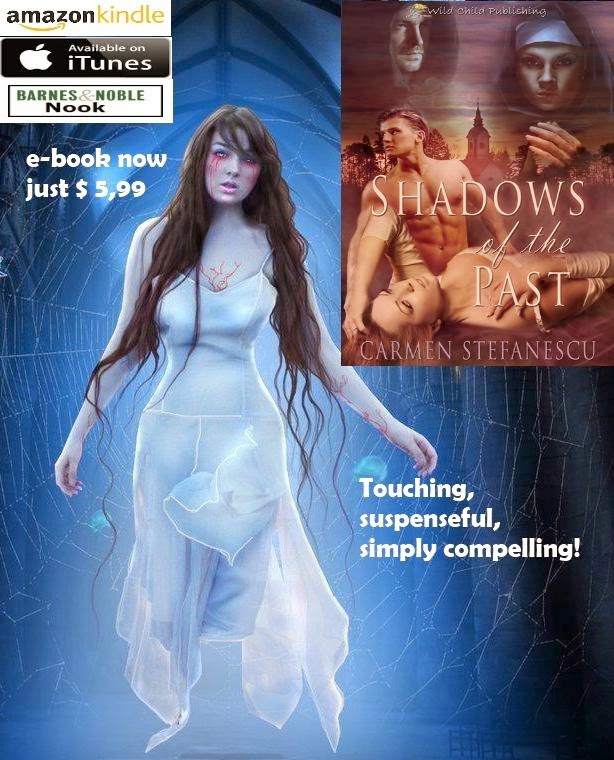 Shadows of the Past, by Carmen Stefanescu, is, in effect, two novels intertwined into one. One, set several hundred years ago, revolves around Genevieve and, to a lesser extent, around Andrew. The other, set in the present, has Anne as the main protagonist with Neil as the secondary main character. While Shadows of the Past has to be considered a paranormal romance, the romance element is simply one part of a complex story.

The paranormal aspects of the book start out as hints and suppositions. Even well into the novel the reader has to wonder if the supernatural elements are really there, or are the products of the characters’ minds. Was the venomous snake crawling up to Neil a sending from some evil power or was it just a snake in the wrong place at the wrong time? Are the spectral figures Anne sees real or products of her imagination? Is there an actual linkage between Anne and Genevieve? Only toward the end does Stefanescu leave no doubt that the paranormal is operating as a major factor in her novel.

The constant movement within the two basic time frames, and some back and forth jumps within each, can prove a bit disconcerting at first. However, unlike some novels, in Shadows of the Past the two story lines are always clearly delineated and can’t be confused with each other. As the novel progresses smoothly this ceases to be a problem as Stefanescu draws the reader into the plot.

For those who like their paranormal romances light and fluffy with happy endings, Shadows of the Past probably isn’t a good choice. While most novels in this genre put the protagonists in danger or at least in crisis time after time, they almost always finish with a happy ever after ending. Stefanescu’s work is darker. The threats and problems are as much psychological as physical, and, as in real life, not every problem is easily solved and not every ending is happy.

This does not mean Shadows of the Past is a downer. In the critical story line the good guys win, it’s just that their victory doesn’t mean their lives will always be perfect. I found the concession to realism in the fantasy refreshing.

No novel is perfect, although the imperfections are often less in the novel itself than in the mindset of the reader. There are sections of Shadows of the Past that I found a bit repetitive. However, in all those cases, I could see where Stefanescu would have considered the retelling of specific events critical to make sure the reader understood what was happening. 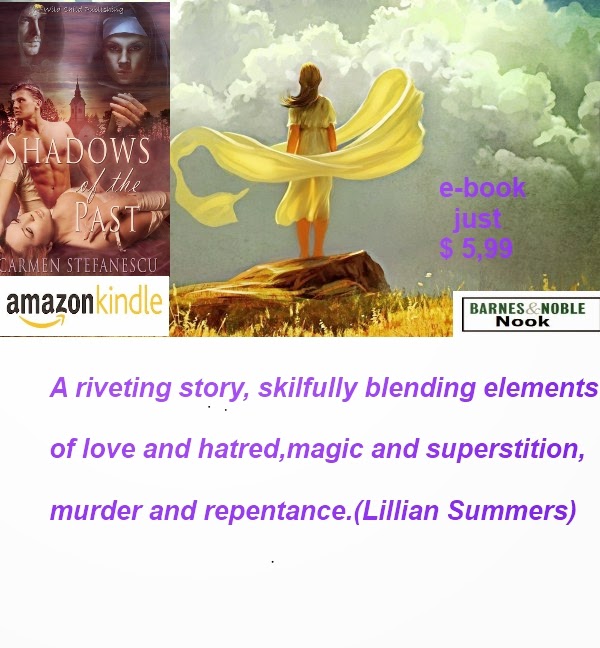 There was one minor scientific glitch where DNA, instead of something like carbon dating, was used to determine the age of some bones. In the over-all context of the book, the error was irrelevant.

Apparently Shadows of the Past is intended as one book in a series, or at least a book with a sequel, because one rather ominous passage at the end certainly sets the stage for another book.

Carmen Stefanescu’s Shadows of the Past is a little different from the typical paranormal romance, which is a good thing, and is an enjoyable read.