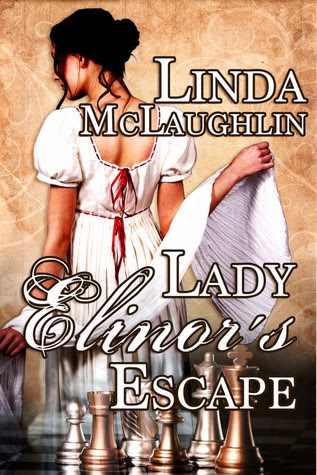 Lady Elinor Ashworth always longed for adventure, but when she runs away from her abusive aunt, she finds more than she bargained for. Elinor fears her aunt who is irrational and dangerous, threatening Elinor and anyone she associates with. When she encounters an inquisitive gentleman, she accepts his help, but fearing for his safety, hides her identity by pretending to be a seamstress. She resists his every attempt to draw her out, all the while fighting her attraction to him.
There are too many women in barrister Stephen Chaplin's life, but he has never been able to turn his back on a damsel in distress. The younger son of a baronet is a rescuer of troubled females, an unusual vocation fueled guilt over his failure to save the woman he loved from her brutal husband. He cannot help falling in love with his secretive seamstress, but to his dismay, the truth of her background reveals Stephen as the ineligible party.


My Review
I haven’t read a Regency romance for a long time and  I must confess that I was pleasantly surprised by Linda McLaughlin’s Lady Elinor’s Escape.


Dialogue- the author writes in phrasing that was likely common during the age in which this novel is set and succeeds.


Lead characters – Lady Elinor aka Ellie Brown. Elinor has solid reasons for wanting a safe world. Yet, stepping outside of her paranoid aunt’s house is not consequence free. Stephen Chaplin, Esquire. “Curiosity always was my besetting sin,” he admitted. He is intrigued by the well spoken and intelligent young woman who  claims to be a seamstress and obviously  is on the run from an abusive person.


I do like Elinor. She's such a strong girl who knows what she wants and goes and gets it and doesn't let anything stop her. Do you know what she took with her when leaving the house where her life was in peril? A volume of Shakespeare’s sonnets and the battered Spanish and Portuguese grammars she’d found in Uncle Thomas’s study. This instantly made me stand by her, no matter what she would have done later in the story.


I was caught up in the story from the beginning. Romance, humor,  suspense are perfectly  mixed in this lovely Regency novel. All in all, a highly entertaining read. Without spoiling it, the ending and resolution was nicely executed; and since by then we care a great deal about the protagonist, it stuck with me. Lady Elinor’s Escape is rich with setting, (I loved London’s description), suspense, conflict, and emotion. I strongly recommend this novel as a wonderful page-turner romance. Make sure you have enough time to finish it because you will not be putting it down. My feeling after reading  Linda McLaughlin’s novel – it was like eating an ice cream on a hot summer day – sweet, pleasant, refreshing!
My Rating 5 stars