A first part of Medieval Monday Tour has come to an end.
Wait, wait, don't be sad. We'll return soon.
Today's guest star is author Victoria Zak and her novel: 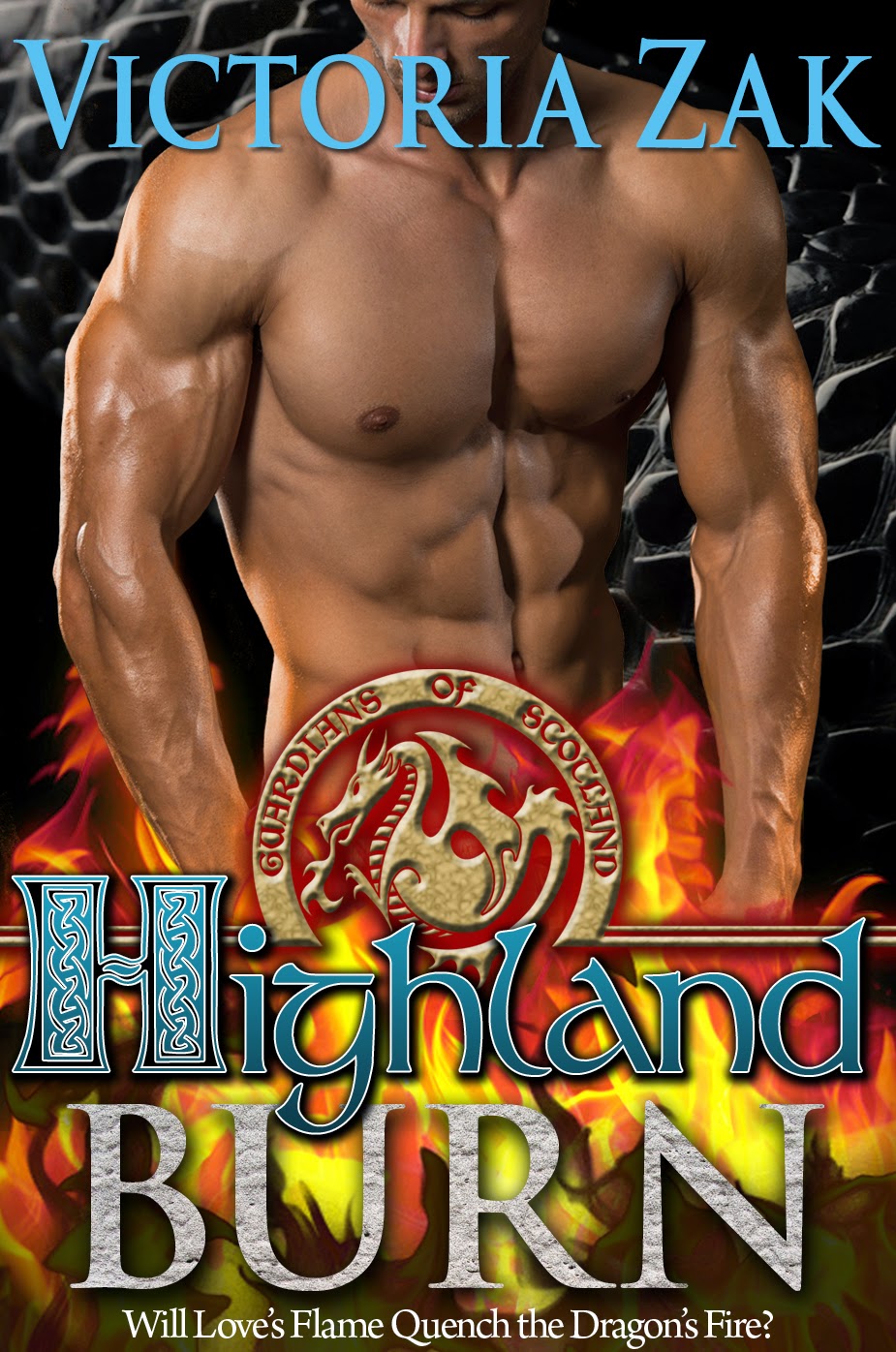 
The past never stays in the past, it rears its ugly head eventually. James the Black Douglas knows this all too well. With a past that has left him vengeful and his dragon blood thirsty, his reputation as a ruthless warrior haunts his enemies in their sleep. As his allegiance stands with Robert Bruce, the King of Scotland, he must now repay a debt to the king and agrees to marry his daughter, Abigale Bruce. The problem is he doesn’t want a wife. When flames start to burn out of control between him and the auburn-haired lass, he must decide to either kindle the flames of passion or shelter her from the truth and set her free.


Determined to keep his daughter safe and out of the hands of the English, Robert hides Abigale behind the safe walls of a nunnery. After eight long years of living her life in seclusion, Abigale is finally set free. But her new found freedom comes to an abrupt halt when she learns of her betrothal to the infamous Bogeyman – James the Black Douglas. She soon finds herself falling in love with the uncontainable and haunted man. Is her love enough to soften his hardened heart?
Buy Links:
Amazon: http://amzn.to/1qUrh7n
Amazon UK: http://amzn.to/1odTL41
Amazon AU http://bit.ly/1AncKju


Fergus, the water is verra refreshing. Why don’t ye join me?”


The white stallion inhaled deeply then snorted, as he ate from a patch of lush green grass.


“Well, ye dinnae have to be rude about it.”


Long white hair with streaks of gray fell over his muscled neck as the fine steed shook his head and stomped his hoof. He pulled on a blade of grass, indicating that he was perfectly content grazing near the loch’s edge.


A slight giggle escaped her mouth as she splashed at her horse.


Abigale Bruce had ridden hard and fast through the glen most of the morn. Since her father’s recent successful victory over the English at the battle of Bannockburn, Abigale had been freed from the nunnery. Her excitement of finally being able to explore her new-found freedom was too much to hold back as she charged through the forest. Now she rewarded Fergus with a patch of grass while she cooled off in the loch. Oh how she cherished these moments; they were few and far between.


Eight long years at Dunfermline Abbey wasn’t the ideal place to grow up, but she had no choice in the matter. Her father, Robert the Bruce, King of Scotland, had placed her there in order to keep her safe from his enemy, the English. Throughout her time at the Abbey, King Edward, the King of England, had gotten close to capturing her a few times, but the small secretive community of nuns had held true to their oath and kept her hidden well.


Unhappy about the newly crowned King of Scotland, the English had captured Abigale’s step-mother, half-sister, and her two aunts, and had also beheaded three of her uncles. Humiliated, held prisoner behind iron bars of a bird cage, and hung from the Tower of London had been the women’s fate. Even though her freedom was taken away, Abigale knew it was nothing compared to what they had endured.


Abigale’s trouble had started as soon as she walked through the gates of the abbey. Robert Bruce had given Dunfermline Abbey a generous contribution to repair part of the church that had been attacked by King Edward. In return he requested that Abbot Benard take his daughter in and protect her. With such a gracious amount of coin given, the Abbot could not refuse. Therefore Abigale, at the wee age of ten, had been left at the abbey and placed in the cruel hands of Abbess Margaret.


Since Abbess Margaret was in charge of twelve nuns, she declared she had not the time to look after the wee brat, so she left Sister Kate in charge of Abigale. Abbess Margaret was a beautiful middle-aged woman with short, raven hair, and possessed the ability to inflict the cruelest of punishments. She watched and waited for Abigale to slip up so she could take pleasure in punishing her. Abigale knew why the woman hated her; she was jealous and thought it unfair that she had special treatment just because she was the king’s daughter.

Posted by Unknown at 12:05 AM
Email ThisBlogThis!Share to TwitterShare to FacebookShare to Pinterest
Labels: Highland Burn, Medieval Monday, Victoria Zak