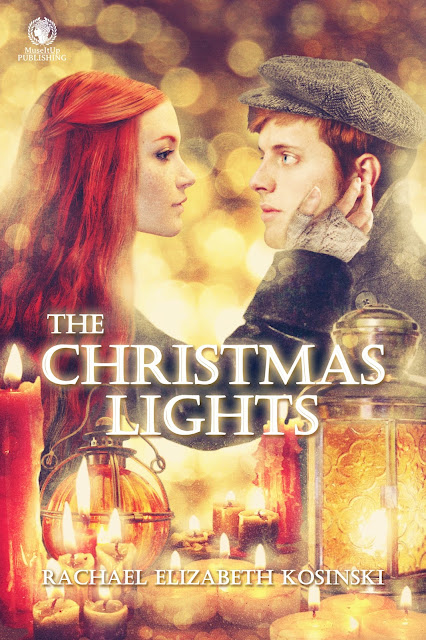 Blurb:
“Where do Christmas lights come from?”


Those tiny bulbs of color that burn on a Christmas tree,


Or outside a house to shine in the night.


Does anyone really know where they originate?


What if someone told you


They weren’t intended for Christmas at all,


But really for a miracle?


That they were for love, a desperate idea, to light a boy’s way home?


In that case, you must have some questions. What boy? What love?


Have a seat. Allow me to tell you a story.


Smashwords
Excerpt:
“Because your father requires…a dowry, of sorts. A guarantee you’ll be well taken care of.”


Emmy’s hand turned sweaty. “Oh, Louis. What does that mean?”


I swallowed the sour taste at the back of my mouth, nerves trembling in my fingers. “Our engagement lasts until December twenty-fifth. If by that time I’ve not returned—”


“Returned?” Emmy’s gaze burned me. “Louis, where are you going? Won’t my father give you a job?”


I didn’t move and barely opened my mouth to let the words escape. “He’s got me a job.”


“I’d stack inventory outside, in the clean air, and I’d work with a few fellows who’d watch out for me…” “Louis!”


“…I hear factories in London are much safer than here.”


“London! Louis, Louis, what are you talking about?” Emmy grabbed my face.


I squinted at two sparkling brown orbs. Was she crying?


“No.” Emmy covered her mouth with a hand. “No, you aren’t going to London. How could you? No one loves you there. No one knows you there…”


Your father seems to think it is my home country.


“Emmy. Emmy EmmyEmmy.” I held her close, stroking her hair. “I don’t plan to work there.”


“I’ve heard Mr. Godfrey talk about them. A London factory is the last place I should work. Your father means well, but I can’t do that. They wouldn’t take a blind boy.”


“Wh-where will you go, then? How on earth will you make money?”


“I have family in Paris. Mother says they have wine vineyards. I’ll work for them.”


“That…” Emmy’s fingers traced the veins on the back of my hand. “That’s much safer.” She was silent for the longest time. “You’ll be safe? And come home quickly?”


I pulled her hands away and stood, playing with the ring on her finger. “I will. I love you.”


“How long will you be gone?” How long? How long to board a ship, to find a place I’d only heard about, to earn and save an impossible amount of money? How long, indeed.


I set my expression. “I’ll be home by Christmas.”
#Romantic Idea to Enjoy this Summer:
I find anything lake-oriented can be really, very cute. Walk along the shore, go swimming, have a lakeside picnic—go jet skiing, or boating or both! I live right next to a lake, and on weekends my family will explore this little town that everyone flocks to during the summer; it’s the perfect place to grab some ice cream and just wander as the sun sets. Have you ever seen the sun set across a lake, dappling the surface? Pretty romantic, if you ask me. It’s a thing you can watch for a long time. Then you can just hold hands and meander around all the little shops, or plunge off into the foliage if your lake of choice has parkland right next to it like mine does. Nothing feels more adventurous than anchoring the boat and swimming to shore, then wandering the quiet forest down a worn dirt path until you dry off. I’ve never actually done this date-wise, but it’s on my list! 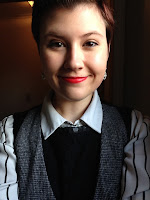 Bio: When she was little, Rachael Kosinski wanted to be a paleontologist, an astronaut, a nature photographer, a writer for National Geographic, an Egyptologist, and the next Jane Goodall. Instead of being a new link between man and chimp, or discovering a planet suitable for sustained human life, or maybe even winning renowned fame by stumbling across an undiscovered dinosaur, Rachael finally decided that, if she never became a writer, she would simply die. Nine years later, she now possesses a quirky knowledge of world mythology, an addiction to coffee, and a penchant for making over-expressive faces at her laptop.