Tagline: A sinister ghost is out for revenge. Madrid, Deacon and Sacheen must stay one step ahead of the ghoul and reach the hacienda. 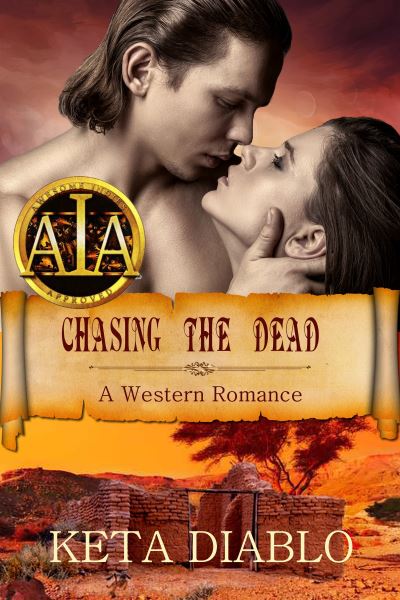 Blurb:
In 1884 New Mexico, Madrid Arrende finds herself kidnapped by the Apache. Determined to rescue her, her wealthy father realizes there is only one man capable of bringing her back alive...Deacon Bannister. Deacon doesn't give one whit about the large sum of money Don Erasmos Arrende has offered him to find his daughter. He  only cares about bringing the woman he left at the altar a year ago home.
A ghost is terrorizing the Apache village and the young maiden, Sacheen, has been banished by her People for unleashing Uday's wrath. Now, Deacon, Madrid and Sacheen must flee for their lives across the rugged New Mexico landscape with the evil spirit in hot pursuit.
Will they make it back alive to Madrid's father's hacienda or will Deacon lose Madrid forever?

Setup and Excerpt: Madrid and Sacheen confront the ghost

Sacheen ignited Maddie's torch and both women scrambled over the half-wall to light the packets of sage. The moon glinted off a shadowy form sweeping past a line of trees to Maddie's right. Dios, the ghost! With gooseflesh rising on her arms, she called out to Sacheen, "Hurry! Light your bundles and go inside with Deacon."
A circle of fire from a dozen piles of sage lit up the sky around the shelter. The wind moaned and wailed, sounding like the sorrowful lament of Scottish bagpipes. What other magic and manipulations had the dead spirit learned in the underworld since Maddie last saw him?
With a look of startled horror, Sacheen shouldered her. "Do you see him?"
"I thought I told you to go inside. We must not show him fear."
"Do you see him!?"
Tendrils of darkness slipped in as the wraith advanced. Maddie shivered when his visage manifested in her line of vision. More terrifying than any specter she'd ever seen, a haze of gray mist swirled around his translucent form. A quiver hung from his shoulder stocked with stone-headed arrows—a sign he'd taken the form of a native from ancient history. Steeped in blood, his clothing hung in tatters around his massive frame—a vest made of animal hides, a breechcloth and fringed leggings. Maddie's gaze traveled to his painted, pock-marked face. Her insides quivered and ropes of tension knotted every cord and fiber of her body.
Bleary, unearthly eyes turned to Sacheen when the spirit raised a hand with claw-like fingers and pointed at her chest. The wind, much like the sound of women wailing, keened into the deafening silence. Fire exploded from the ghost's eyes—flames the fires of Hell couldn't compete with.
"Yes." Maddie fought to keep her voice calm and even. "I see him. His hunger for you permeates the air."
Sacheen shouted above the roar and chaos. "You are not welcome here! Hear my words, Uday, you are tats-an. You are dead!”
Maddie peered at the girl through the dim light. Uday? She spoke his name?
"It is I, Sacheen, and I do not fear you chidn. Hear my power:
Hinamaya hinamaya hinamay Chee Chi Yo
Hinamay chee chi yo hinna may chee chi yo
Hinna hinna hey ya hinna hinna hey yo

A cry of anguish and rage melded, knifed through the dank, still air. The maiden couldn't see him but stood tall before her imaginary tormentor, her aura shimmering like molten glass. "You are like the dust-storm, nothing but a shiver in the air. Do you hear me? I did not want you in life and will not accept you in death. You are yah-ik-tee, no longer with us!"

Bio:
Keta Diablo lives in the Midwest part of the United States on six acres of woodland. 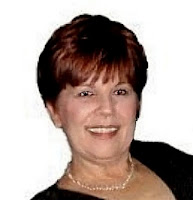 When she isn't writing or gardening she loves to commune with nature. She adores animals and donates her time and support to local food and animal shelters.

#RomanticIdea
When summer comes to the Midwest, we think lakes!
One way I love to pass a sunny afternoon is to pack a picnic lunch and head for the water on a Pontoon boat. What could be more romantic than spending a lazy day cruising the lake? The crappies are biting, the sun’s sharing its awesome warmth and the cooler is filled with our favorite beverages.
This is also a great time to catch up on my reading (a romance novel, of course). As the sun sets, we head on over to one of the many restaurants on the lake and enjoy a delicious meal together.
Now this is my idea of Romance!
Happy sailing and happy reading! ~ Keta ~
Posted by Unknown at 12:00 AM
Email ThisBlogThis!Share to TwitterShare to FacebookShare to Pinterest
Labels: #cowboy #Paranormal Western Romance, Chasing the Dead, Guest Promo. #RomanticIdea, Keta Diablo