Princess of the Light

is one that captured me from the moment I saw the cover. Captivating! 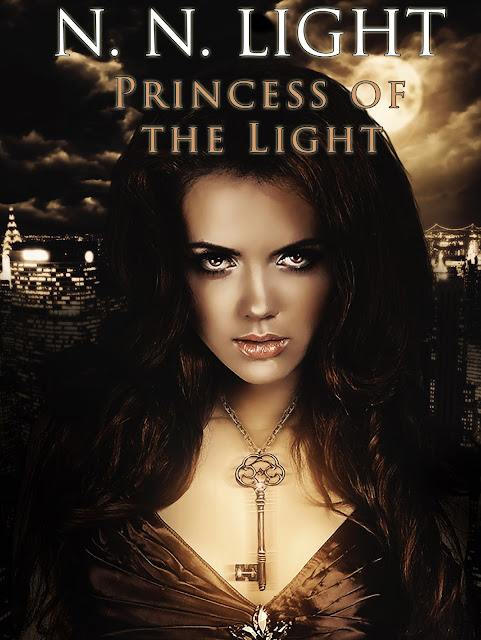 Blurb:
Gabriel, the Archangel and Messenger of God - yeah, that Gabriel - visits Mary Miller. He tells her, as the key, she is destined to spread the Light and vanquish the Darkness. Her first assignment is to restore the soul of the Walking Man. Sounds simple enough -- until she’s thrown into the face of evil. And then, Joe Deacons enters her heart. This battle just got a lot more complicated. She must complete her mission without losing all she loves.


Excerpt:
Marie furrowed her brow and softly interrupted, "André is the Walking Man?"

I looked at Marie and asked, "You've heard of him?"


Marie nodded. "Of course. He is a staple of the Downtown area. There are a few groups I'm affiliated with that hand out food and clothing to those in need. He never comes to these events so I leave them by the area where he sleeps." She paused, thoughtfully. "I just can't believe that it is André."


Joe cleared his throat and looked at his father. "What happened to André?"


Alfred sighed and after a moment said, "It really was the fault of that witch he was married to. She and her family treated him horribly. She was a gold digger and all she cared about was money and the prestige."


Marie interrupted Alfred by saying, "I remember her. She was so mean to André and all she cared about was looking rich. Wealth is a gift—she just wanted it for a toy. She treated André so badly... and his mother-in-law was the worst. She would put him down all the time. In front of other people, no less."


Alfred continued, "André was a good man and worked hard. He was working on a big project for the city. He worked night and day on the project and told me it was going to put Golden Lake on the map.


"He absolutely adored his daughter, too. I remember that clearly. She was his everything." Alfred paused, apparently lost in his thoughts. With a sigh he said, "There was a scandal with the project, though, and André got fired. Soon after, Dara left him, took Katherine with her and André fell apart. He started drinking heavily and, without his daughter, his life fell apart."


Joe looked at me and I fought to keep from throwing my hand over my mouth. There was purple fire in his eyes and I felt his anger. I already knew the story of André and I tried to smile at him.


I gasped at the vision and brought my hand to my chest in shock feeling the key necklace, before I could stop the physical reaction. The necklace weighed heavily as did my heart. He would be fighting at my side soon.


Joe turned to look at his mother. He nodded and only said, "I never knew any of this."


Alfred continued, "I am sorry, son, but you asked for the truth. This is what I know. André was sleeping at the office and drinking all the time. He was supposed to give a presentation to a client and was drunk. He got into a scuffle with his boss and rumor has it, André punched him."


Than is to blame. I don't know how I know or what happened but I vow to the Lord that I will make Than pay, thought Joe.


I choked and almost spit out my drink. I just heard Joe's thoughts! I had to set him straight and right away.


I cleared my throat and said awkwardly, "Joe, I think I left something in the car."


Joe looked at me with eyebrows raised. "Excuse me, we'll be right back," I said with a smile.


I walked outside and knew that Joe was right behind me. When I reached the car, I whirled and said in a stern tone, "Are you trying to get yourself killed?"


Joe stopped mid-step and said, "What are you talking about, Mary?"


I ran into his arms and whispered, "You cannot take on Than by yourself! I heard your thoughts in there. Now, I don't know how you know that it was Than who drove André to punching his boss but please promise me that you will not get revenge."


Joe shook my shoulders a little and looked deep into my eyes. "Listen to me, Mary, you will never lose me! Do you hear me? I am by your side now and forever."


Overcome with emotion, Joe kissed me.


You can connect with the author here: http://princessofthelight.wordpress.com

Goodreads Contest:
Enter to win a signed copy of Princess of the Light by clicking on the link below:
https://www.goodreads.com/book/show/23009005-princess-of-the-light
This book is a perfect gift this holiday season.

Posted by Unknown at 12:00 AM
Email ThisBlogThis!Share to TwitterShare to FacebookShare to Pinterest
Labels: guest promo, N N Light, Paranormal Romance Thursday, Princess of the Light