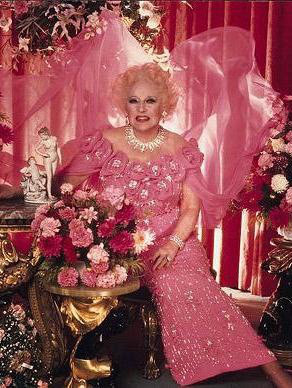 "Good storytelling doesn’t always require bells and whistles. Develop a formula or idea that works and make the other elements variable, while you keep the central idea the same."

Her schooling was followed by attending a girl’s college in Hampshire and after graduating from there, she became a society reporter and an author of romantic novels.

Cartland was labeled as the pink lady for her love of pink chiffon, clothing and jewelry.

Barbara Cartland didn’t slow down until her 90s, when she crossed 700 published books, and over 150 unpublished manuscripts. She wrote during times of conflict, through periods of severe criticism, through banning of her plays. She did not let the external world get in the way of her writing.

Posted by Unknown at 12:00 AM
Email ThisBlogThis!Share to TwitterShare to FacebookShare to Pinterest
Labels: Barbara Cartland, curious facts about, Wednesday Writing Wisdom