is a teen paranormal romance, definitely  a must read story. 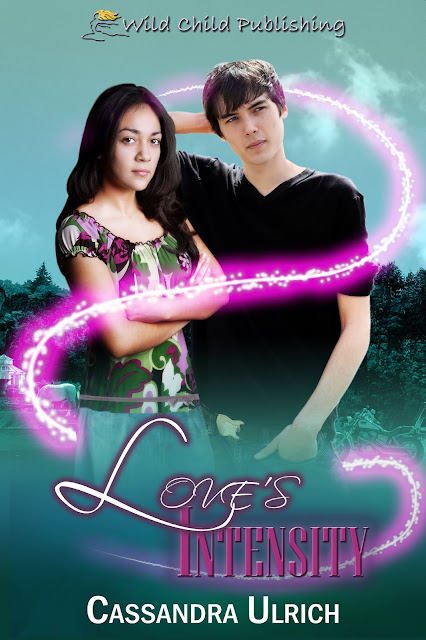 Blurb:
Brad loves fast horses, cars, and bikes.  Life would be perfect if his stepmother could only mind her own business.  Instead, his father hired a longtime friend and her family to work in their home, turning his world into a feudal mess.


He wants to hate the new arrivals and it doesn’t help that Kressa, daughter of the newcomers, is the most gorgeous girl he’d ever laid eyes on.  With a scent that draws him to her, Kressa causes him more internal conflict than he ever dreamed possible.  He falls for her so deeply, he tells her a secret he’d never even told his best friends – that he’s training to be a ninja warrior.


Kressa adores her country and loves hanging out with her many cousins.  News of the move to Massachusetts comes as a shock to her.  She refuses to be happy in this new place working as a servant for a rich man and his mean son, who had the nerve to be cute.  And why does her skin tingle every time her hand brushes against his?


Despite her efforts, she finds herself desperately longing for a friendship with the one boy who scowls at her.  Matters are only made more complicated when his family and hers clash. When he goes on a dangerous mission, she wonders, will he return so she can tell him he’s won her heart or will their families manage to keep them apart?
Buy link: WildChildPublishing
Amazon
B&N
All Romance ebooks
Excerpt:


Brad had been standing in the doorway in time to see Kressa fall off the horse.  When he had gotten up and walked to the office to grab the key, he found it missing and figured Kressa must have already taken it.  Running to the stable, he hoped she was okay setting up her horse for the ride.  From the way she was sprawled out on the stable floor, he could tell she had a little difficulty.  Brad walked over to Kressa and gave her the boost she needed to sit properly on the saddle.


“Good job with the saddle,” Brad encouraged Kressa, “but next time you may want to use the stepping stool I got you yesterday.  Keep Gentle Rider tied up to this post until you get settled, then you can untie her.”  Moving the rake and pitchforks to the far end of the stable, Brad continued, “I have no idea what I would have done if you landed on these.  I should have made sure these were properly put way, so the horses wouldn’t knock them over.”  He picked up and brought the stepping stool over, placing it near Gentle Rider’s area.


“I suppose Papa would have had your head too.”


Kressa rode her horse out the stable while Brad got his horse saddled, fed, and watered. After leading Silver Bullet into the yard, he asked Kressa, “Did you give her feed and water?”


****
Oh, no.  Now he’ll be upset.  He adores his horses.
“Sorry, I forgot. I was so eager to ride.  I can do it now,” Kressa said, embarrassed that she forgot.
“No.  It’ll take too much effort to get you on your horse again.  I’ll go get it.”  Kressa noticed Brad did not sound annoyed.  He spoke to her in a matter-of-fact tone.
After feeding and watering her horse, Brad and Kressa galloped around the large grassy area.  After riding for a half-hour, Brad pointed to the forest area.  “Would you like to go through there and see what’s on the other side?”
“Yes,” Kressa eagerly responded, “I’ve wanted to know where you go when riding your horse.”  Kressa realized too late she had exposed her secret.
“Have you been watching me?  One day, I felt like I was being watched.  I thought it might be you, but when I saw you in the dining room, I figured I must have been wrong.”
Kressa knew she ought to fess up.  “It was me.  I hid because I didn’t want you to know I was watching.”
“How did you run upstairs so fast?  You didn’t look out of breath.”
“I held my breath until you moved away.  I was exhausted.”  Kressa tried to smile while casting her eyes to the ground.  Brad laughed heartily.
“Let’s go,” he said, leading the way through a path in the forest, which had been created by much riding, to the grassy field on the other side.
When Brad and Kressa came out of the tree cover, the sun seemed to shine brighter due to the open space.  No shrubs or little trees existed here, only light green short cut grass which reflected the sunlight.  They raced the horses around the perimeter a couple times before coming to a stop.
****
You can find Cassandra here: http://cassandraulrich.blogspot.com/