You are already familiar with a great couple of  mystery writers: Janet Lynn and Will Zeilinger. Here they are again with a new release and an exotic recipe:


STRANGE MARKINGS
by
Janet Elizabeth Lynn and Will Zeilinger 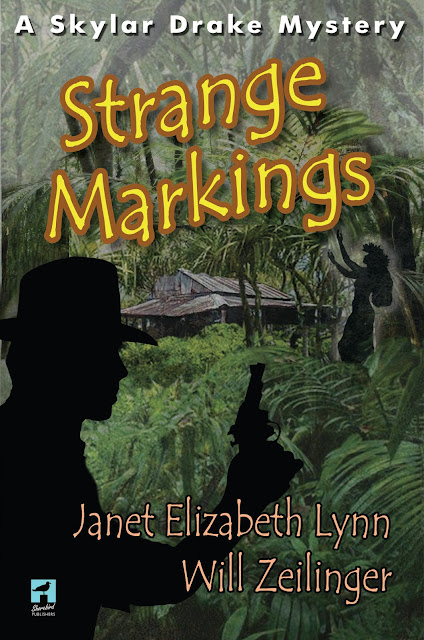 Summary
The Pacific breezes blow many things in from the ocean, this time its power, greed, and murder. At the dawn of the television age in 1955, Skylar Drake is called to identify the remains of a fellow movie stuntman found buried in a shallow grave. While there he is shown mysterious wounds and strange tattoos on two additional bodies.
A wealthy Bel Air matron sends her enticing niece to enlist Drake’s help in locating a missing nephew. The search takes him back to pre-statehood Hawaii where he stopped off on his way to the hell of the Korean War. Unexplained deaths, politics and superstitious locals turn the tropical paradise into a nightmare where nothing is what it seems and no one can be trusted.
Contact information: www.janetlynnauthor.com
www.willzeilingerauthor.com
Buy links: Amazon.com
Smashwords
Excerpt
The two men looked directly at me.  “I’m Drake.  Can I help you?”
Dolan stood right behind me.
“I’m Agent Miller, this is Agent Tanner.” They flashed their badges, “We want to talk to you Mr. Drake.” Miller looked past me and frowned at Dolan.
“I’ll just wait out...” Casey moved toward the door.
I put my hand on Casey’s shoulder. ”This is my partner Casey Dolan, anything you have to say to me you can say to him.”
They shrugged and stepped inside.  “Let’s go in your office.” I  showed them inside, as sweltering as it was.
Miller put his hat on top of the file cabinet.  Tanner kept his on.
“We are investigating the disappearance of a Mr. Ted Stone.  You're a known associate of his.  Is this true?”
“Sure, I know Teddy.  We worked on a few films together.” I sat back in my chair while Casey stood by the door, “His sister Florence and I used to do stunts for Prestigious Studios a while back.  Teddy started about a year later... you say he’s missing?”
“His sister reported him missing a year ago.  Our records show you were one of the last people to see him before he disappeared.”
“You said a year ago?” I thought for a moment,  “Yeah, that sounds about right.  It was a war movie.  There was a battle scene and we had to fall out some windows and off a moving truck like we’d been shot, y’know.  This was before...” I stopped myself.  They didn’t need to know about my law suit with the studio brass.
“Before what?” Agent Tanner asked.
“Before my last stunt gig with Flo.”
“And the victim?”
“Victim?  I thought you said he was missing.”
“Just tell us about your last job.”
“Well, Teddy and I shared a dressing room.  It was about midnight when we finished the night scenes.  After we changed and dropped our costumes off at wardrobe, we left for breakfast.  That was about two in the morning.  I took the bus home, and I guess he drove.  I never saw him again after that.  Flo and I did a shoot at the studio the following month.  She told me she was going to Washington to get married.  That was that.”
The two agents took notes on everything I said.
Casey spoke up, “Do you mind if I ask what prompted this recent investigation?”
Miller put his pencil in his ear, “We found a man’s remains in the Arizona desert.  Our medical people said he was buried for about a year, so we only have bones, clothes, few personal items and his wallet.  There was nothing in it except for his SAG membership card.” He paused, “The Union said you worked with him.  We found you in the phone book.”
Agent Tanner pulled a cellophane envelope out of his pocket containing the card.  There was Teddy, staring back at me. “Yes, that’s Teddy and that is what he looks like.”  I showed it to Casey.  He took a look and handed it back to Tanner.
“We’re unable to locate his sister, do you know her married name?”
I thought hard, “I don’t believe she told me.  No.  She never mentioned it.  Flo just said she was leaving the business to get married and move to Washington.”
“The remains are at the  LA County Coroner’s office.  Since we can’t locate next of kin, we’d like you to stop by and ID what you can.”
I looked at Dolan.  “What do you think?” He nodded. 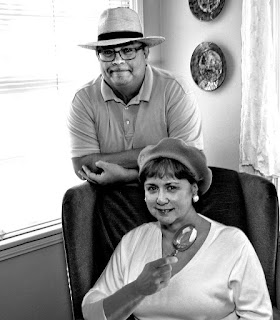 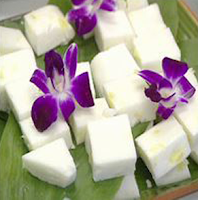 Haupia is a traditional dessert at Hawaiian style Luau feast.

Posted by Unknown at 12:00 AM
Email ThisBlogThis!Share to TwitterShare to FacebookShare to Pinterest
Labels: guest promo, Janet Elizabeth Lynn and Will Zeilinger, STRANGE MARKINGS, ystery