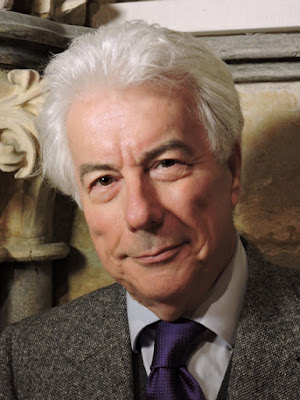 The toughest part of the whole process is going from the outline to the first draft.
When you are writing the outline you can do anything from changing the gender of a character to resetting the whole thing in Egypt. You are all-powerful. After you have made those decisions, you come to the stage where each sentence in our outline has to be turned into four or five pages of prose. This is where the real imaginative work comes in. You have to take your ideas and you have to walk people in and out of the room, you have to describe the room and the clothes they are wearing and you have to make the reader share their anxieties, hopes, triumphs and their romantic feelings.

He was prohibited from watching television or movies as a child and spent much of his time reading.

He went on to study philosophy at University College London in the late 1960s. His interest in philosophy stemmed from the agonizing conflict he had over whether or not he believed in his parents' religion. In the end, he completely rejected it. He ended up being the absolute opposite of his parents.

A Welsh author, he is best known for writing popular thrillers such as Eye of the Needle, Fall of Giants, The Key to Rebecca, Lie Down with Lions, and World Without End. Many of his New York Times bestselling novels have been adapted into films.

Posted by Unknown at 12:00 AM
Email ThisBlogThis!Share to TwitterShare to FacebookShare to Pinterest
Labels: curious facts about, Ken Follett, Wednesday Writing Wisdom